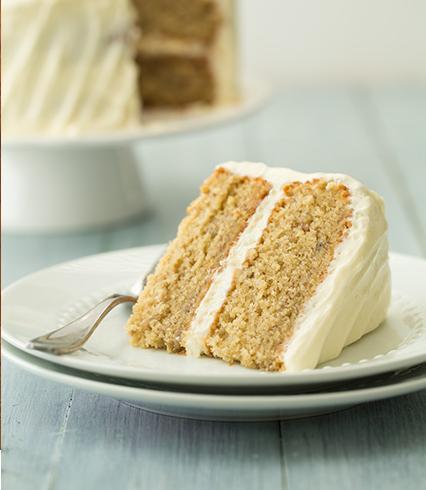 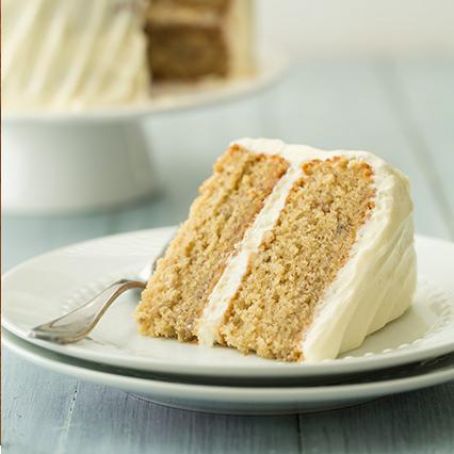 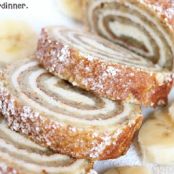 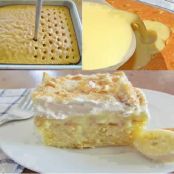 Preheat oven to 325°F. Line two 9-inch round cake pans with aluminum foil, leaving a slight overhang of foil on two sides. Spray foil with cooking spray, then dust evenly with flour and shake off excess.

In a mixing bowl, whisk together flour, baking soda and salt for 30 seconds. Set aside.

Mash bananas with 1 teaspoon lemon juice. In the bowl of an electric stand mixer fitted with paddle attachment, whip together butter, 2 tablespoons vegetable oil, granulated sugar and light brown sugar on medium-high speed until pale and fluffy, occasionally scraping down sides and bottom of bowl, about 3 minutes. Stir in remaining 2 tablespoons vegetable oil. Blend in eggs one at a time, mixing until combined after each addition. Stir in vanilla and mashed bananas. With mixer set on low speed, slowly add flour mixture alternating with buttermilk in 3 separate batches, beginning and ending with flour mixture and mixing just until combined after each addition.

Divide batter evenly among prepared cake pans and spread batter into an even layer. Bake in preheated oven 45 - 50 minutes, until toothpick inserted into center comes out clean. Allow to cool completely then frost with Whipped Cream Cheese Frosting. For best results frost within 30 minutes of serving and store left over cake in refrigerator and allow to rest at room temperature about 10 - 20 minutes before enjoying.

In the bowl of an electric stand mixer fitted with a whisk attachment, whip heavy cream on high speed until stiff peaks form, then transfer whipped cream to a mixing bowl and set aside. Replace whisk attachment with paddle attachment and add cream cheese and butter to stand mixer bowl. Whip together cream cheese and butter until smooth and fluffy on medium-high speed, about 2 minutes, occasionally scraping down sides and bottom of bowl. Add in powdered sugar and vanilla and whip on medium speed, about 2 minutes longer. Add half of whipped cream into cream cheese mixture and gently fold until combined, then fold in remaining half. 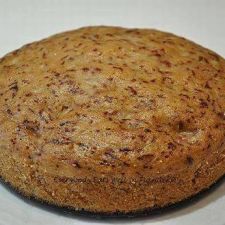