Preheat the oven to 450°. Rub the peppers with a little bit of olive oil, then place the potatoes and peppers together in the oven. Roast for about 15 minutes, or until the pepper skin begins to blister and blacken. Remove the peppers and place them in a paper bag (an air-tight container also works if you don’t happen to have a paper bag). Close and let peppers rest for at least 10 minutes (they will steam in the bag, making the skins easier to remove). Peel the skin away from the pepper, then remove the seeds from the inside. Mince the pepper and set aside.

While you’re waiting for the potatoes to finish roasting, combine the flours and salt in a large bowl and make a well in the center. Pour water in the well and stir to combine. Turn out on a floured surface and knead until a smooth dough forms. Divide into two, then cover in plastic wrap or a damp tea towel and let rest.

Roll one round of pasta dough into a rectangular shape on a well-floured surface, until thin but not in danger of tearing (about 1/16 of an inch thick). Place evenly-spaced spoonfuls of filling along the surface of the dough. Roll the second half of the dough out, replicating the size and shape of the first. Brush a little bit of water in between the spoonfuls of filling, then place the second rectangle on top and press to seal.

Cut out ravioli with a sharp knife or a pasta wheel. To make extra-sure they are sealed, press all around the edges with a fork. Freeze any ravioli that you won’t eat immediately.

Bring a pot of water to a boil, then add the ravioli. Cook until they begin to float (this should only take a few minutes). If you like your ravioli a little crispy (I know I do!), heat a little olive oil in a pan, then add the cooked ravioli and pan-fry over medium heat for a few minutes on each side, or until lightly browned. Top with a little bit of fresh rosemary and sage if you happen to have it, then serve! 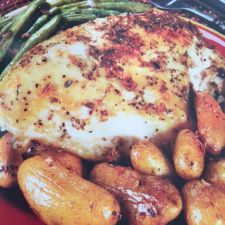