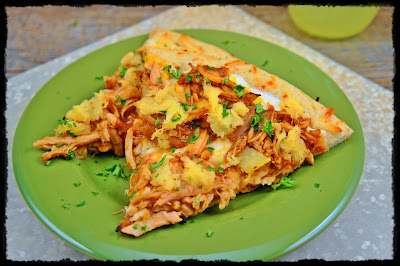 This is a recipe I found quite some time ago, and I've made it probably 4 or 5 times since then (I apologize for the super old pics...I had them in a stand-by folder forever). The first time I made it I used a can of pineapple chunks, but I wanted something smaller that covered more area. After that I started using the crushed pineapple. I prefer it, but you use whatever you like best.

Also, the original called for cilantro to be sprinkled over the pizza. I happened to loath cilantro, so I switched it to parsley. I think that's it for changes! Oh...if you're a big fan of ranch dressing and think 'Hmmm...1/4 cup doesn't sound like much, let me add a little more.', let me just say...DON'T!! I did that once and it was way too overpowering. Who knew it was possible to have too much ranch? 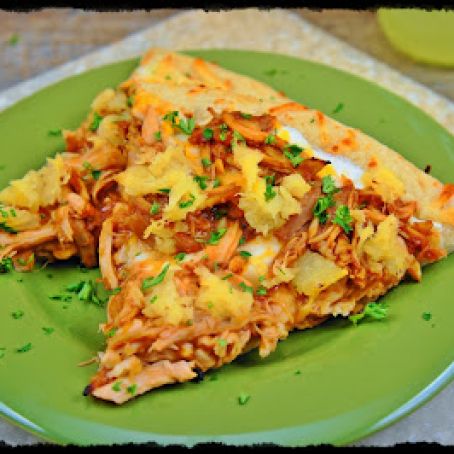 1. Heat oven to 375 degrees. Toss the cooked, shredded chicken breasts with the BBQ sauce. Set aside.

2. Brush the pizza crust with a thin layer of BBQ sauce, then spread on the ranch dressing. Top with the cheddar cheese and mozzarella cheese, then the chicken and pineapple.

3. Bake for about 15 minutes, until all the cheese is melted and the crust is golden brown. Top with chopped parsley. 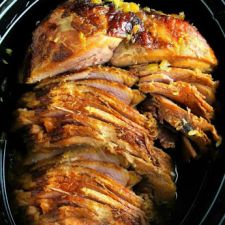