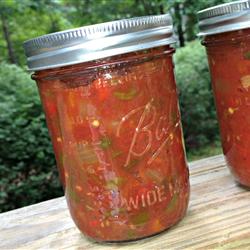 This salsa is packed with flavor and you can customize the spice level by adding additional peppers to the recipe. 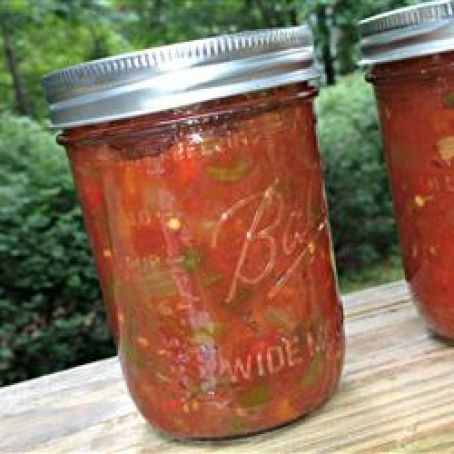 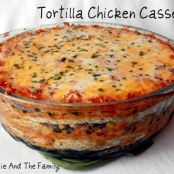 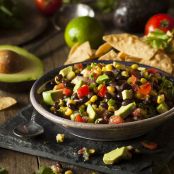 Sterilize the jars and lids in boiling water for at least 5 minutes. Pack the salsa into the hot, sterilized jars, filling the jars to within 1/4 inch of the top.

Run a knife or a thin spatula around the insides of the jars after they have been filled to remove any air bubbles. Wipe the rims of the jars with a moist paper towel to remove any food residue. Top with lids, and screw on rings.

Place a rack in the bottom of a large stockpot and fill halfway with water. Bring to a boil over high heat, then carefully lower the jars into the pot using a holder. Leave a 2-inch space between the jars. Pour in more boiling water if necessary until the water level is at least 1 inch above the tops of the jars.

Bring the water to a full boil, cover the pot, and process for 10 to 15 minutes.

Remove the jars from the stockpot and place onto a cloth-covered or wood surface, several inches apart, until cool. Once cool, press the top of each lid with a finger, ensuring that the seal is tight (lid does not move up or down at all). Refrigerate after opening. 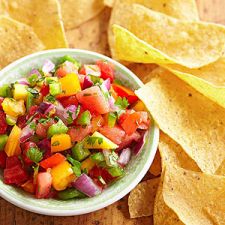 side dishes - Dip and Spread - salsa