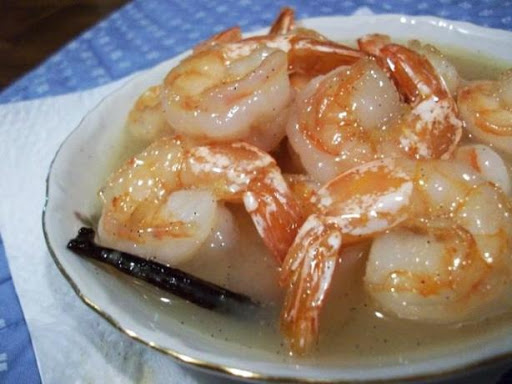 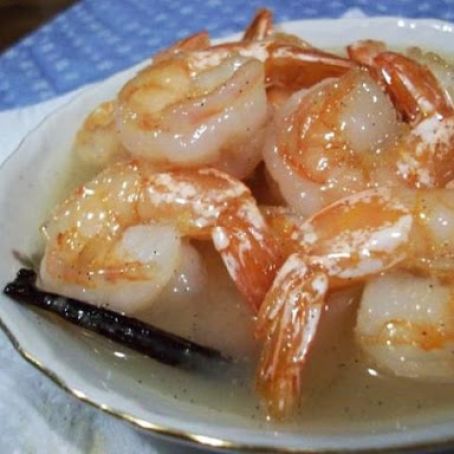 Peel and clean shrimp, keeping tails on. Heat the olive oil in a frying pan or wok. Saute' the shrimp for two to three minutes and or until they have turned pink.

Remove them from the pan and set aside. Remove the balance of olive oil from pan.

Add rum and the vanilla bean to the frying pan and reduce the rum until it is nearly evaporated (down to about 2 tablespoons).

Add the cream and coconut milk, and reduce the mixture by 50%. Scrape seeds out of the vanilla pod and discard pod. Add salt and pepper to taste.

Shrimp can either be mixed into the sauce and served or mounded on a rice pilaf and the sauce poured over all. Garnish with lemon wedges and parsley. 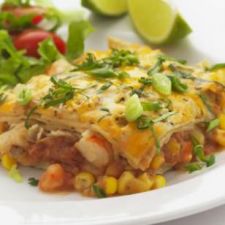