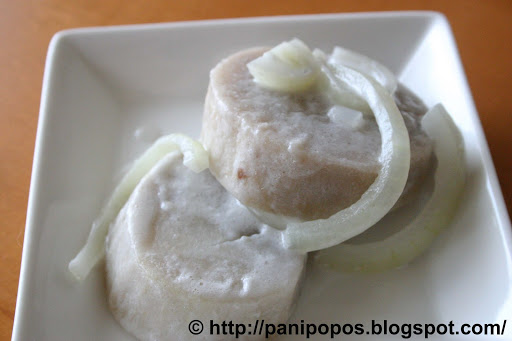 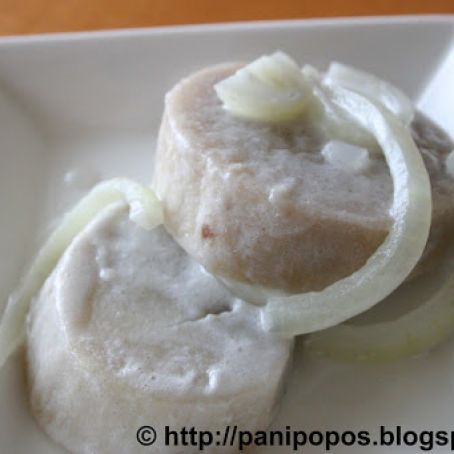 Peel taro while under running water or it can irritate the skin.

Place peeled and quartered taro root in a saucepan, cover with water and heat until boiling. Then simmer until fork-tender.

Prepare fa'alifu sauce by combining all onion and coconut milk, and heat over medium heat.

If you like it thicker (we do) Drain the taro but leave them in the saucepan. Pour the coconut mixture over the taro and boil this for 5 minutes or until the onions are cooked. Be careful not to overcook your taro.