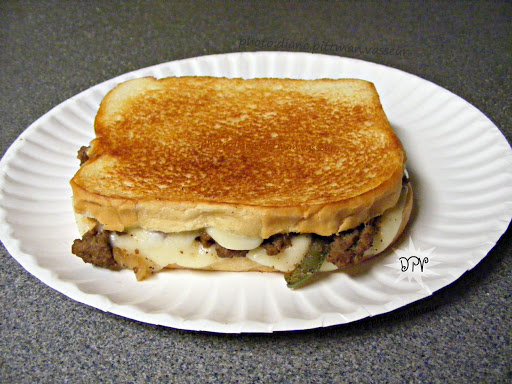 All the taste of the famous hoagie but a lot less expensive because ground beef is used instead of steak. 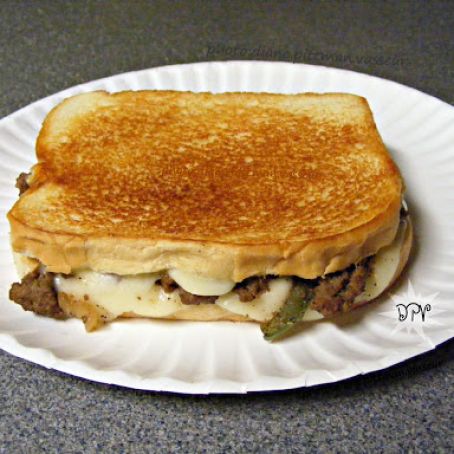 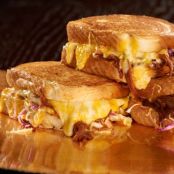 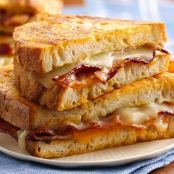 Brown the meat in a heavy skillet, breaking it up as it cooks. (Leave it a little chunky.) Stir in the salt, pepper and Worcestershire sauce. Remove meat from skillet.

If needed, drain all except about 2 teaspoons of the excess grease from the skillet; add the chopped onions and bell pepper and cook just until tender and beginning to brown. Add a little salt and pepper.

When the onions and bell pepper are done, add the meat back to the skillet and stir together. Remove from heat.

Butter one side of enough bread slices to make 4 to 5 sandwiches.

With the buttered sides down of 4 to 5 slices of bread, add a slice of cheese to each slice of bread.

Top cheese with the meat mixture.

Place another slice of cheese on top of the meat mixture.
Cover each sandwich with a top slice of bread, buttered sides facing up.

In a heavy, large skillet or griddle on medium heat, place the sandwiches and let cook for 3 to 5 minutes on each side, or until bread is browned and cheese is melted. 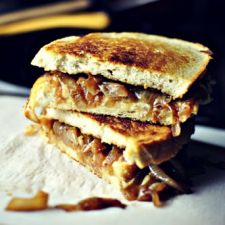