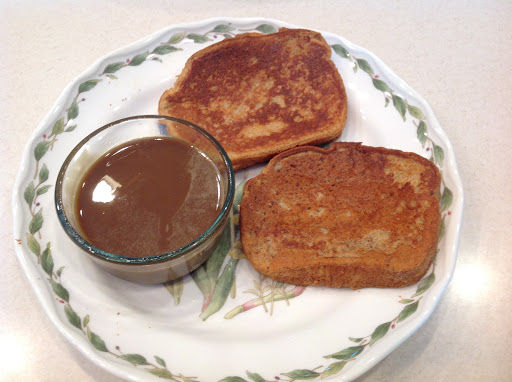 Make your own chai spice to add to the French toast batter and top with creamy maple syrup. Awesome breakfast for a lazy weekend or brunch to impress your guests! 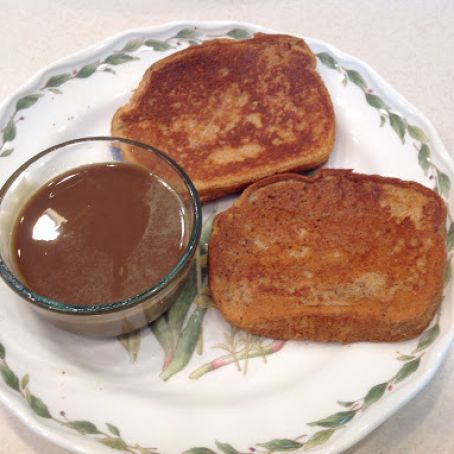 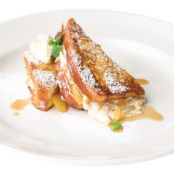 In a large bowl, combine the spices (cinnamon, cardamom, allspice, ginger, cloves, and salt) with the sugar and stir until evenly combined and without any clumps. Add the milk, eggs, and vanilla and whisk.

Preheat a nonstick griddle on the stovetop over medium heat. Lightly oil the griddle, if desired.

Soak a bread slice in the spiced milk mixture and place on the hot griddle. Cook for 2-3 minutes. With a spatula lift a corner of the bread slice to take a peek on the progress. The surface should be turning a nice golden brown in a splotchy pattern. Flip when ready and allow to cook for another 2 minutes, or until the second side is similarly browned. Repeat with the remaining bread slices. (Note: Stir the milk mixture between soakings to keep the spices suspended.)

Make Your Own Maple Cream:
Prepare an ice bath by filling halfway a pan or heat-safe bowl that matches your saucepan.

In a 2- or 3-quart saucepan outfitted with a candy thermometer, bring the syrup (with the salt and oil added) to a boil and allow to cook undisturbed until the syrup reaches 235°F but not a smidgen longer. The syrup will be reduced by about half. Transfer the saucepan to the ice bath ensuring that no water sneaks into the reduced syrup. Leave undisturbed as it cools to 70-75°F; do not stir.

Stir the cooled syrup to allow a crystallization process to take place. The maple cream will become lighter in color, opaque, and stiffer in character, yet very spreadable. (We used our stand mixer on lowest speed with the paddle blade. The transformation process took about 20-25 minutes.) Do not stir too much or allow to become grainy, just nicely thick and creamy. Transfer to a clean, lidded jar and refrigerate for up to two weeks.

NOTES:
From Cookswares: recipe sent in an email.
I made this twice in May/June of 2016 and thought it was the best French Toast I had ever had. The smell was amazing! And the taste just as good. I did make the Maple Cream because I had some maple syrup I wanted to get rid of. Although it was good, I wouldn't say it was great. Perhaps I didn't make it correctly. Either way, it was too much work for the end result and I wouldn't bother with it again. Maple syrup would be plenty good. 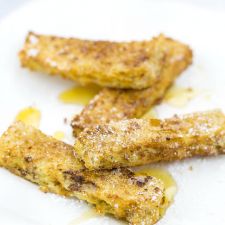