Spaghetti squash is such a versatile vegetable, with its stringy flesh that really does resemble spaghetti noodles. Since it’s relatively low carb, it makes a great alternative to pasta. I’ve come across some smaller spaghetti squash recently and found that putting the cooked, seasoned flesh back into the skins makes for perfect portion control. If you can’t find the smaller ones, a large one can be divided up among several people. This Twice Baked Spaghetti Squash is a great side dish, and can easily be turned into a full meal by adding some cooked chicken, sausage or ground beef to the mix before baking a second time.

•Preheat oven to 350F and line a large baking sheet with foil.
•Using a very sharp large knife, cut squash in half lengthwise and scoop out and discard seeds.
•Bake skin side up - 60 to 90 minutes, depending on size of squash. They should be quite tender and squeeze easily.
•Scoop flesh into a large bowl and reserve squash skins. Add butter and let melt, then add Parmesan, garlic, oregano, salt and pepper.
•Toss until well combined.
•Divide mixture among reserved skins and top with sliced Provolone. Return to oven and bake another 8 to 10 minutes, or until cheese is melted and bubbly. 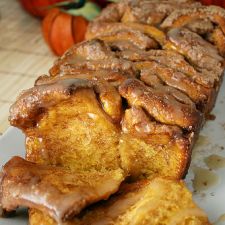