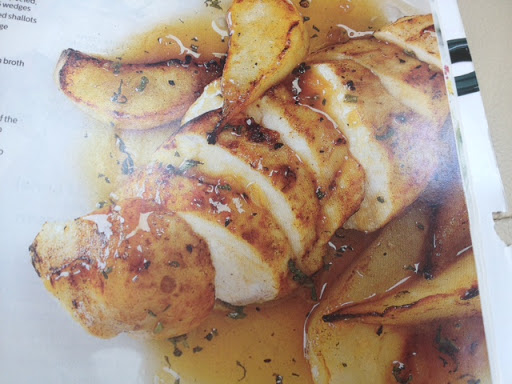 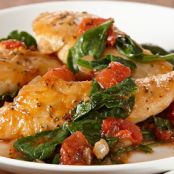 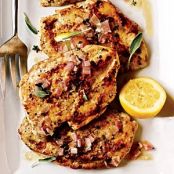 1. In a large skillet, heat 1 tbsp. of the oil over medium-high. Season chicken with salt and pepper and add to the skillet. Cook until golden brown and just cooked through, about 2-3 minutes per side. Remove skillet from heat and transfer chicken to platter. Tent chicken with foil, keep skillet on hand (with drippings).
2. In a second skillet, heat 2 tsp. of oil over medium. Add pear wedges cut-side down and cook, turning once, until deeply golden, about 5 minutes.
3. Return first skillet to medium heat and add remaining oil, shallots, and sage. Saute for 2 minutes, add vinegar, cider, and cook until slightly reduced, about 2 minutes, stirring to release browned bits from bottom of skillet.
4. In small dish, combine broth, mustard, and cornstarch and stir until combined. Whisk sauce into skillet and cook until bubbling and slightly thickened, about 1 minute. Stir in cream, remove from heat.
5. Cut chicken breasts on diagonal into thick slices, divide, with pear slices, among four plates. Spoon sauce over chicken. 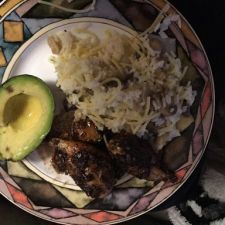