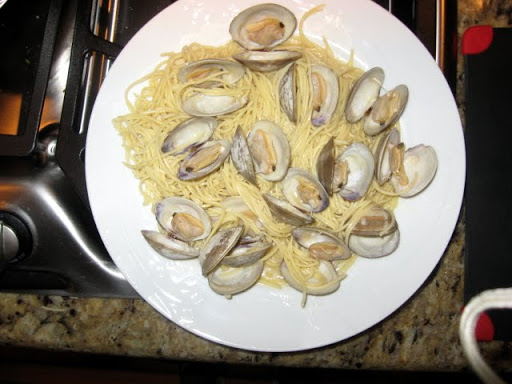 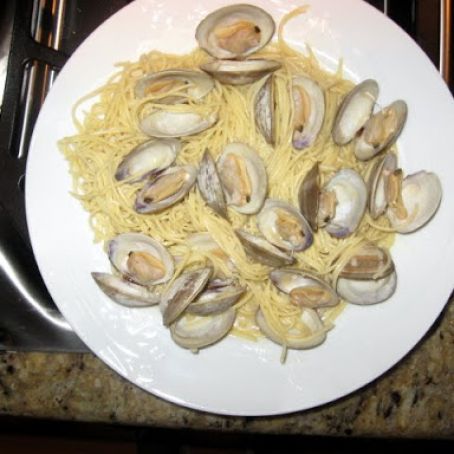 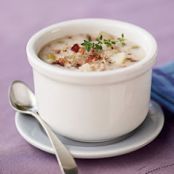 Put the clams in cool/cold salted water for a couple of hours, or more, prior to cooking so that they can eject any sand they have inside.

Get some water boiling for the linguine … add salt when it’s boiling.

In a large pot or fying pan, heat the oil over medium heat. Add the garlic and saute for one minute or until tender. Pour in the wine and boil until reduced by half.

Add the clams and cover. Steam the clams until they start to open. Add the butter and cook until most or all of the calms open. Limit this boiling time to ten minutes. Discard any clams that didn't open.

While the clams are steaming, cook the linguine and time this so the linguine is done when the ten minute period above is done. 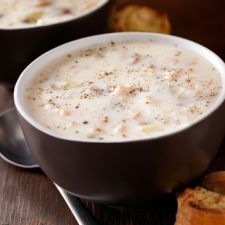