For the cooking part, I simply boiled the red curry shrimp dumplings and eat them. You can also pan-fry or steam them if you like. Dumplings are so versatile and a pan-fried version or steamed version will be different in texture from the boiled dumplings. Ultimately, how you want to cook them is up to you, but be rest assured, they are always scrumptious whichever you serve them. 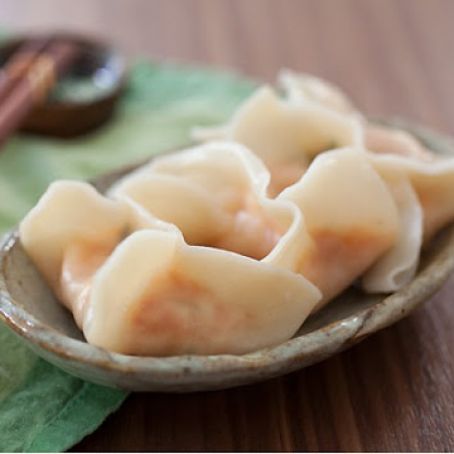 Roughly chop the shrimp into pieces, transfer the shrimp into a bowl and combine it with the red curry paste, fish sauce, cornstarch, egg white and cilantro leaves. Stir to combine into a sticky filling.

To wrap, place a heaping teaspoon of the filling onto the middle of a dumpling wrapper. Dip your index finger into some water and trace the outer edges of the dumpling wrapper.
Fold up to form a half moon shape but only pinch to seal the middle part. Turn the dumpling and fold up the other two edges. Seal and pinch to form a nice and tight parcel like below. Repeat the same until you use up all the filling.

Heat up a pot of water and bring it to boil. Drop the dumplings into the hot boiling water. As soon as they float to the top, they are ready. Scoop out with a slotted spoon, shake off the excess water, transfer to a plate and serve immediately with dumpling sauce on the side 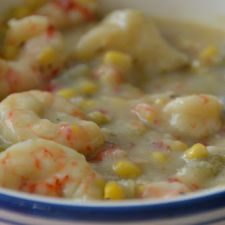