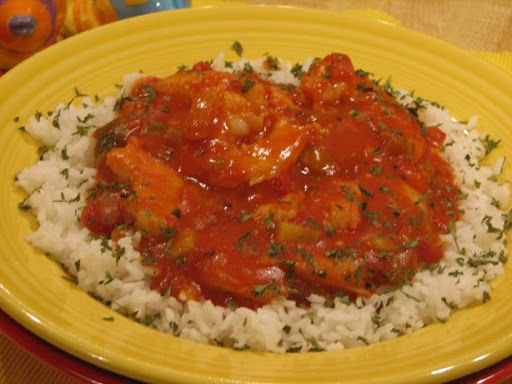 This comes from the Aunt of a friend, who refer to themselves honest to goodness "CoonAss" Cajuns! 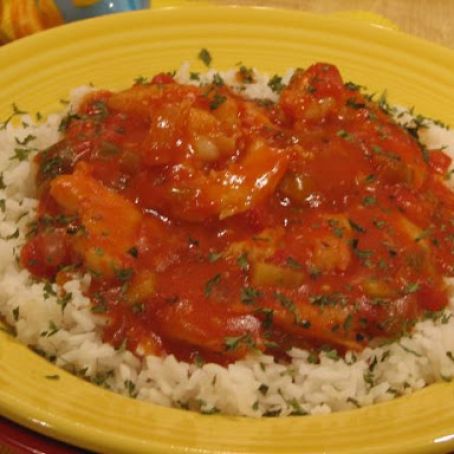 First, using a flexible wire whisk, combine the canola oil and the flour in a heavy 5-quart Dutch oven and cook the mixture over medium heat, whisking continually, until it transforms into a golden colored roux.
Figure that this should take you about 15 to 20 minutes.
Next, drop into the pot the onion, celery, green onions, green pepper, and garlic. Then blend this into the roux and cook everything together, stirring often, for about 15 minutes or until the
seasoning vegetables are fully wilted and tender.
Then stir in the all of the tomatoes-the fresh diced, the tomato sauce, the tomato paste, and the Rotels-as well as the water and the sherry wine.
When everything is fully blended, begin adding and whisking into the mixture the seafood seasoning, salt, black pepper, red pepper flakes, bay leaves, thyme, lemon juice, lemon zest, Worcestershire sauce, and hot sauce.
Now bring the contents of the Dutch oven to a full boil and stir everything around briskly.
Then immediately cover the pot and reduce the heat to nothing harsher than a gentle simmer. At this point, you allow the "Creole" to simmer for a full 1 hour, stirring occasionally.
Finally, when you're ready to eat, gently stir in shrimp (along with the 2 tablespoons of butter, and simmer everything once more for about 10
minutes or until the shrimp turn pink and tender. All that's left is to whisk in the minced parsley and serve the Creole over a big bowl of hot, steaming rice alongside a glass of chilled white wine.
-------
Chef's Notes:

If you want to extract a number of other recipes from this "base recipe," you merely follow the directions to the letter until you arrive at the signature ingredient-in this case it's shrimp, but it can also be crawfish, crabmeat, calamari, lobster meat, etc. Of course, outside of the Lenten season you can also re-fashion this base recipe into Chicken Creole, Pork Creole, Sausage Creole. . .it's limited only by your imagination. 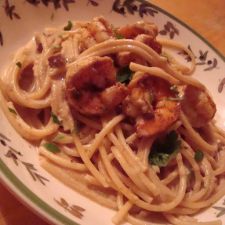