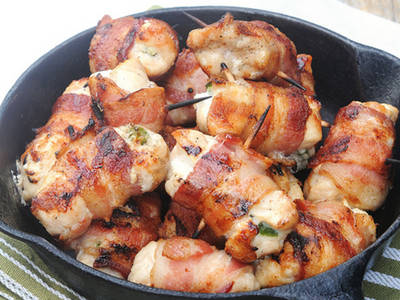 These are always a hit and will go fast! 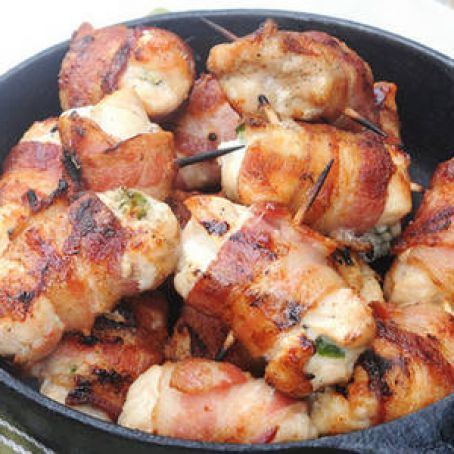 Cut up chicken breasts or tenders into about one inch or inch and a half cubed pieces,

Marinate the chicken in whatever you like. Some combination of onion, garlic, soy sauce, salt, pepper, hot sauce, olive oil, and teriyaki sauce is best. The ratios are all to taste. Let the chicken marinate for at least an hour.

After chicken has marinated, take one piece and place it at the end of one piece of bacon. On top of the chicken piece, place a jalapeno (or two, depending on their size) and a small dollop (for lack of a better word) of cream cheese. Then start rolling the enitre thing up in the bacon. Try to make it tight, but not tight enough to force the cream cheese to squeeze out. You want the bacon to wrap about two times around the chicken piece. It the bacon piece is too large, just cut off any excess. Put a toothpick(or two) through the the entire thing to hold it together. Each piece should be able to be finished in about two bites.

After you have rolled all of your pieces, put them on the grill, turning them with tongs to cook the sides evenly. When the bacon is finished cooking, they are done. Usually about 12-15 mins. per batch depending on how hot your grill is. Plate them and serve. 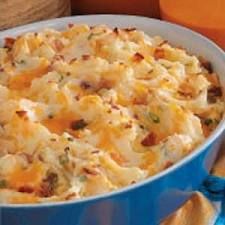