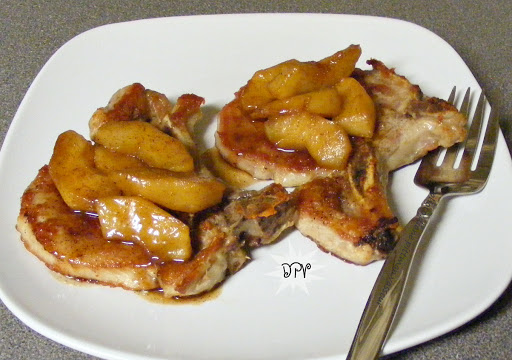 A great flavor combination!! Pork chops are pan grilled (or baked) then topped with cooked apples in the most delicious brown sugar sauce. 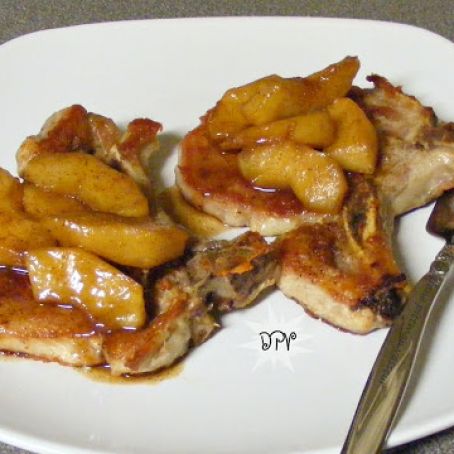 Heat a large skillet over medium-high heat. Brush pork chops lightly with oil then season with a little salt and black pepper and place in hot skillet. Cook for 3 - 4 minutes on each side, until pork has a nice golden crust. Transfer to a baking pan and bake about 20 minutes, or until chops are done.

Meanwhile, in a small mixing bowl, stir together the brown sugar, pumpkin pie spice, and salt and pepper. Set aside.

Melt butter in a medium skillet (that has a cover) then stir in the apples and brown sugar mixture. Cover the skillet and cook until apples are crisp tender. (I checked with a toothpick.) Remove apples from the syrup with a slotted spoon. Continue cooking the syrup in skillet, uncovered, until thickened somewhat.

Arrange the apples over the cooked pork chops then spoon the syrup over apples and chops.

NOTE:
*I finished the pork chops on the stovetop instead of baking them. After searing them on both sides in the hot skillet, I reduced the heat, covered the skillet, and cooked until they were done. 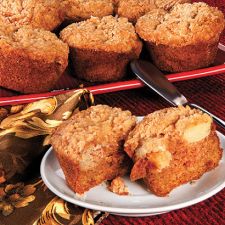