It’s sweet corn season, which means we’ve all been eating a lot of corn lately. Corn is best in the summer; basically from May to September is the best time to purchase your corn, with mid-summer being the best possible time. I read a tip recently that said the best way to cook corn on the cob was to add milk and butter to your pot while it’s boiling.

Now I’ve eaten corn on the cob for decades and I’ve never heard anyone adding milk and butter to the boil. Usually you add butter AFTER the ear of corn has cooked – and milk? Milk has never been a part of my corn-cooking process.

Curious to taste this corn on the cob trick, I cut up five ears of corn into halves and put them in a pot of water. I brought the water to a boil and then added 1 cup of milk and 1 stick of butter. After about eight minutes the corn was ready to go.

The final result? The corn came out AMAZING. So much better than I could have imagined! 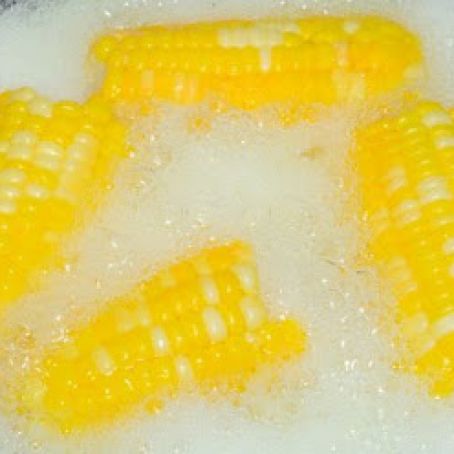 Fill a large pot about halfway with water. Bring water to a boil.
Add milk and butter. Add corn and reduce heat. Simmer corn for 6 to 8 minutes Remove corn from cooking liquid and its ready to serve.
Can it be that simple AND that delicious?! You better believe it can.

The corn came out of the pot full of flavor. For once I didn’t have to slather any butter on as the corn already had a rich buttery taste from the milk butter bath. I just added a little salt (you can add a dash of pepper, too, if you’d like) and it was some of the best corn I’ve tasted.

It only took 13 minutes in total (five minutes to prep and eight minutes to cook) which was time well spent waiting for this unbelievably fresh and flavorful buttered corn. This is one of the quickest methods for cooking corn that I’ve ever come across, not to mention the easiest; you only need two very simple ingredients to completely elevate your corn on the cob experience. I would be willing to bet you have milk and butter sitting in your fridge right now. So you have no excuse to not try this upgrade corn.

I’m definitely going to pull out this trick for my pot luck dish I’m bringing to a friend’s Labor Day BBQ.

What’s your favorite way to cook corn? Boil, grill, or microwave? Also, do any of you add sugar? I’ve heard of some people adding a little but I find the corn I get is sweet enough.

Share your favorite way to prepare corn in the comments section below. 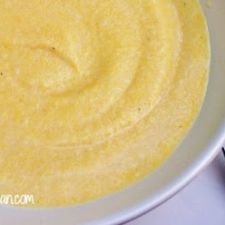