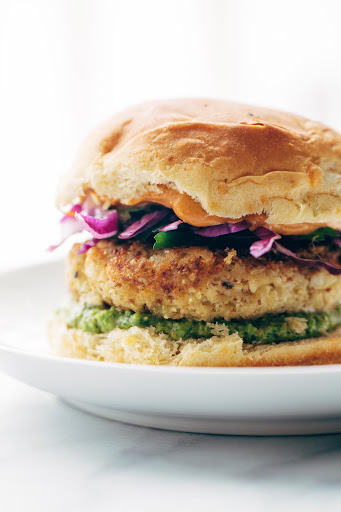 
In terms of level of spiciness, that is totally up to you! and it happens mostly at step two when you're mixing up the burger mixture. Don't be shy to add more spices or adjust - especially after you fry and taste one of them. Mine turned out a little bit differently every time I made them depending on what spices I used more or less of.

For a gluten free version, be sure to use the almond meal instead of the breadcrumbs. It won't hold together quite as nicely, but it's still delicious.

We added a few cloves of roasted garlic to one of the versions - highly recommend. It was delicious. We just roasted the cloves at the same time as the cauliflower, but wrapped in foil and drizzled with oil.

Cooked burgers can be kept in the fridge for 2 days but they freeze really nicely, too. 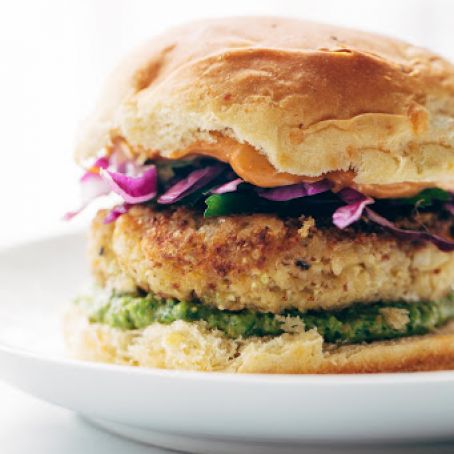 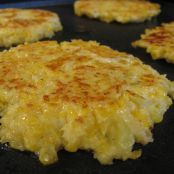 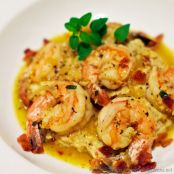 1.Preheat the oven to 400 degrees. Cook the quinoa according to package directions but only using 1 cup broth of water to keep it from getting too heavy.
2.Cut the cauliflower into florets, transfer to a baking sheet, drizzle with 1 tablespoon oil and sprinkle with spices to taste. Roast for 20-30 minutes. Let cool. Pulse through a food processor to form small pieces that stick together (see picture). We don't want PUREE here, but we do want enough mushiness to help it all stick together.
3.Combine the cooked, pulsed cauliflower with the quinoa, garlic salt, breadcrumbs, Pepperjack cheese, eggs, salt, and another teaspoon or two of spicy seasoning (cayenne will make it hot-spicy, so just add a few shakes of that one). Form 10 patties.
4.In an oiled or nonstick pan over medium heat, cook the burgers until golden brown on each side, flipping very carefully to avoid breaking. Set aside on a paper towel lined plate.
5.Toss the lime juice, cilantro, cabbage, and a quick stream of oil together. Season with salt.
6.Arrange the burgers with: magic green sauce, the cauliflower burger, the slaw, and the chipotle mayo on top. 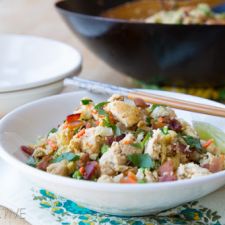