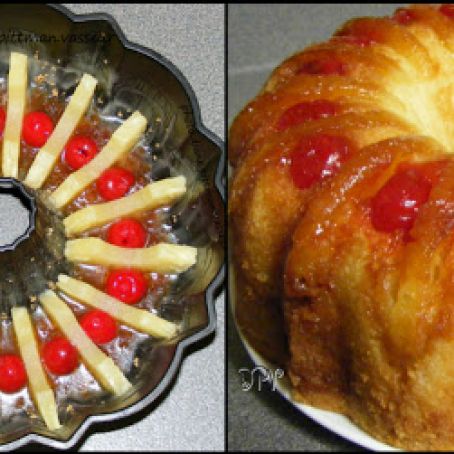 In a mixing bowl, whisk together the flour, cornstarch, baking powder, and salt; set aside. Preheat oven to 350 F.

In a separate large mixing bowl, and using a hand mixer, cream the butter until fluffy. Slowly beat in the sugar while the mixer is running on low speed. After all the sugar has been blended, increase mixer speed to medium and beat until fluffy. Beat in the oil, scraping down the sides of the bowl with a rubber spatula. Add the vanilla. Beat in the eggs, one at a time, beating well after each addition.

Using low speed, add the flour mixture alternately with the milk in three additions, beginning and ending with flour mixture, beating just until each addition is incorporated. Do not overmix.

Pour the batter into the pan on top of the pineapple and cherries. Bake at 350 degrees for 30 minutes, then reduce oven temperature to 325 and continue baking about 20 additional minutes, or until center tests done with a wooden toothpick.

Remove cake from the oven and cool in pan on a wire cooling rack for 10 minutes. Loosen edges of cake from the pan with a thin bladed paring knife then carefully invert cake onto a serving plate. Cool completely on the wire rack. Serve with or without whipped cream or whipped topping.

*NOTE*
I used a homemade cake pan release instead of greasing and flouring. Simply mix together equal parts of melted and slightly cooled vegetable shortening, vegetable oil, and all-purpose flour. Generously brush the inside of cake pan with the mixture. (I mixed 2 Tbls. each and had plenty to brush over the pan twice). 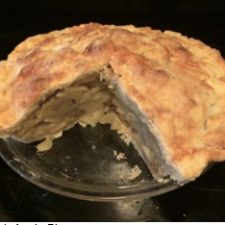