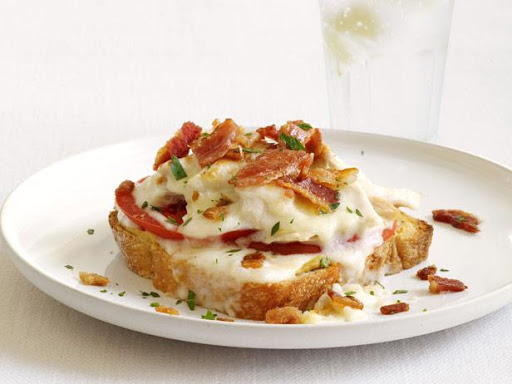 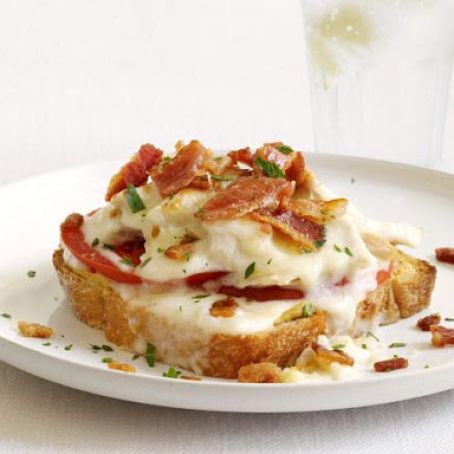 Preheat the broiler. Cook the bacon in a large skillet over medium heat until crisp, about 10 minutes. Transfer to a paper towel-lined plate. Pour out all but about 1 tablespoon fat from the skillet.

Crumble the bacon over the sandwiches; sprinkle with the parsley. 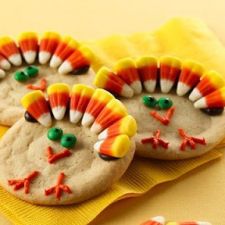