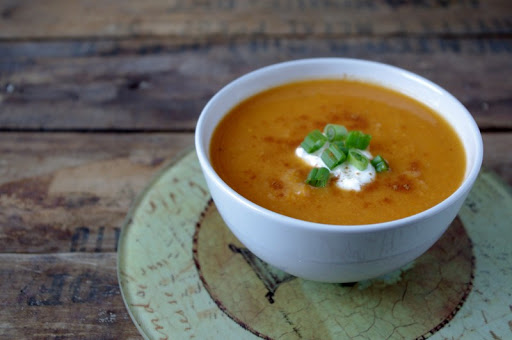 This recipe could be made richer and creamier by adding light coconut milk to the soup when it is added to the pot. 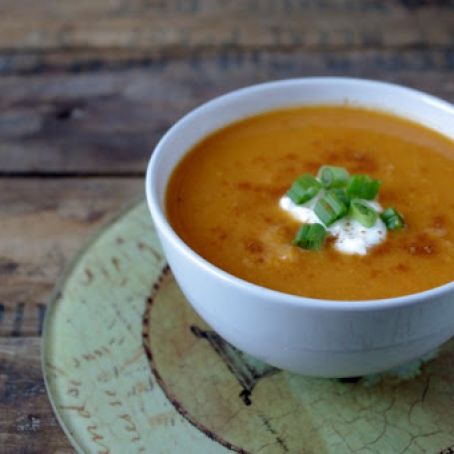 Preheat oven to 400 degrees. In a large casserole/baking dish, add diced sweet potatoes, onion, and garlic.
Pour in one cup of vegetable broth so that there is a small layer on the bottom to steam the potatoes.
Sprinkle the cinnamon over the potato mixture and season with salt and pepper.
Roast for 25-30 minutes until potatoes are very tender.
Remove from oven and let cool for 10 minutes.
Place cooked potato mixture into a food processor and puree while adding the remaining vegetable broth. (add as much as you need to get the consistency you desire – I prefer my soup thick!)
Once desired consistency is reached, pour the soup into a pot and heat through.
Season with additional salt and pepper if preferred.
Garnish with a sprinkle of cinnamon, and optional greek yogurt, goats cheese, green onion.
Enjoy! 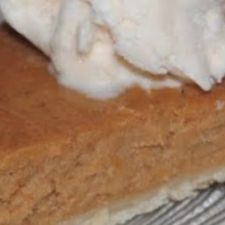