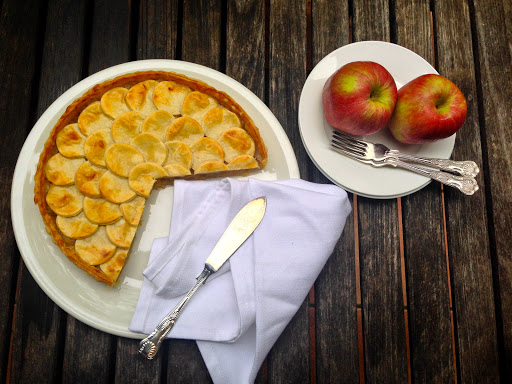 Every year when Autumn arrives in Australia, I get excited and make something seasonal to celebrate. Last year it was pâté - this year it's the humble apple pie. I'll admit right now that this is not a recipe for the whole pie, merely the filling, since I hate making pastry and just buy frozen ready-rolled sheets from the store. I think can be forgiven though, especially once you taste the sneaky caramel sauce I made from the spiced liquid the apples were stewed in... 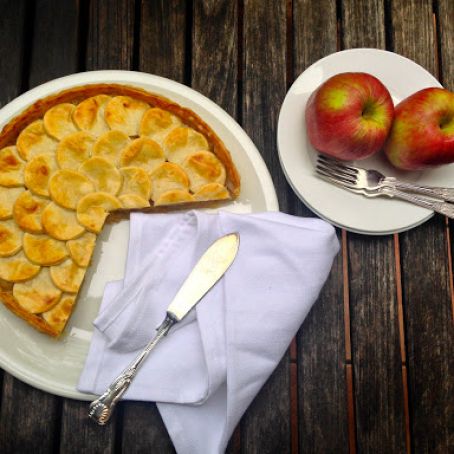 Fill a mixing bowl two thirds of the way up with cold water, and add the juice from the lemon. As you peel, core and chop each apple, immediately place in the water after, as this will prevent oxidisation discolouring the fruit. Once all apples are chopped they will float to the surface so you may need to put a small plate on top to keep them under if you're not planning on stewing them right away.

Next add the sugar and spices to a medium sauce pan. With clean hands remove chopped apples from the water, and add to the pan, along with one ladle full of the liquid. Turn the heat on high, and stir often until all the sugar has dissolved, before bringing to the boil. Once boiling, reduce to a medium-low and simmer for 15 minutes until the apples have softened. Using a slotted spoon, remove apples and spread out on a plate to cool.

Next bring the cooking liquid back to the boil, and let bubble away over a medium-high heat until it has reduced into a thick amber syrup. Remove from the heat, and whisk in the butter and sea salt, then leave to cool.

Now grease a fluted tart pan with butter and place your thawed pastry on a clean and floured bench. Using a little extra flour, roll out to an even thickness, large enough that it can be comfortably draped over the pan. Gently press down to line the pan, ensuring the pastry is pressed between the fluting, then use scissors to cut off the excess. Brush with egg, then re-roll offcuts into an even sheet.

Scrape apples into the pan, pressing down to fill and flatten. Then brush caramel sauce over the top. Using a small round cutter, cut pieces from the leftover pastry, and arrange on top of the filling. Brush the surface with egg, then bake in the oven until golden, about 25 minutes at 180C / 350F. 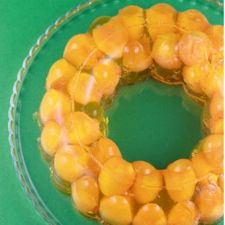