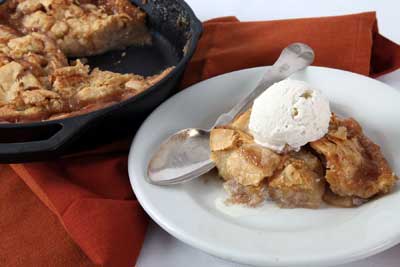 Pandowdy is a 19th century recipe of spiced apples covered with a biscuit type batter or crust, which is cut and pressed into the apples (“dowdied”) half way through baking. Before adding the crust, the apples are topped with a layer of Almond Paste for an extra special treat. 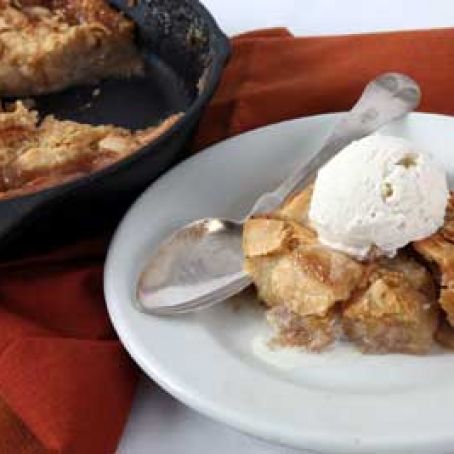 Preheat oven to 400°F.
Toss apples with maple syrup and lemon juice in a large bowl.
Whisk sugar, cornstarch, cinnamon, nutmeg and salt in a small bowl until well combined.
Sprinkle over apples and toss well.
Pour into skillet.

Shape Almond Paste into a flat disk and place between 2 pieces of wax paper.
Roll out a circle that fits the skillet and cover apples.

Bake for 30 minutes and remove from oven.
Cut pie crust squares in half and press crust ("dowdy") into apples and return to oven.
Bake 20 minutes more or until crust is browned and filling bubbling. Cool 20 minutes and serve.


For Video:
Note:
For an additional indulgence, serve warm with vanilla ice cream. 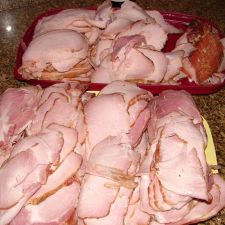