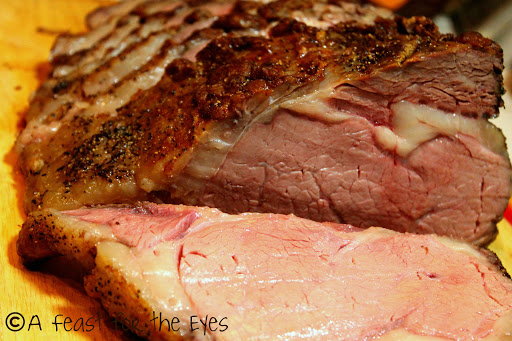 The Perfect & Best Prime Rib You Will Ever Make

A perfect slice of Prime Rib is moist, tender and juicy (of course). With a crunchy crust seasoned with the perfect balance of salt, you’ll be in hog heaven. 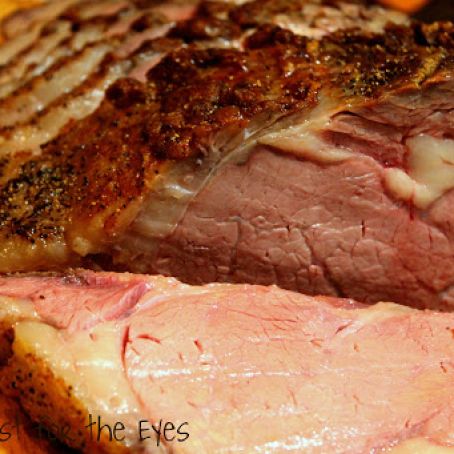 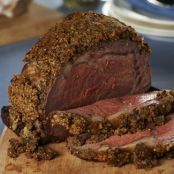 Prime Rib with a Peppercorn &... 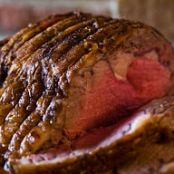 To remove the bones from the roast, use a sharp knife and run it down the length of the bones, following the contours as closely as possible until the meat is separated.

Using sharp knife, cut slits in surface layer of fat, spaced 1 inch apart, in crosshatch pattern, being careful to cut down to, but not into, meat. Rub 2 tablespoons salt over entire roast and into slits. Place meat back on bones (to save space in refrigerator), transfer to large plate, and refrigerate, uncovered, at least 24 hours and up to 96 hours.

Heat oil in 12-inch skillet over high heat until just smoking. Sear sides and top of roast (reserving bone) until browned, 6 to 8 minutes total (do not sear side where roast was cut from bone).

Place meat back on ribs, so bones fit where they were cut, and let cool 10 minutes; tie meat to bones with 2 lengths of twine between ribs. Transfer roast, fat side up, to wire rack set in rimmed baking sheet and season with pepper. Roast until meat registers 110°F, 3 to 4 hours.

Turn off oven; leave roast in oven, opening door as little as possible, until meat registers about 120°F for rare or about 125°F for medium-rare, 30 to 75 minutes longer. If the roast has not reached the correct temperature in this time range, heat the oven to 200°F, wait 5 minutes, then shut it off and continue to cook the roast until it reaches the desired temperature.

Remove roast from oven (leave roast on baking sheet), tent loosely with aluminum foil, and let rest for at least 30 minutes and up to 75 minutes.

Adjust oven rack about 8 inches from broiler element and heat broiler. Remove foil from roast, form foil into 3-inch ball, and place under ribs to elevate fat cap. Broil until top of roast is well browned and crisp, 2 to 8 minutes.

Transfer roast to carving board; cut twine and remove roast from ribs. Slice meat into 3/4-inch-thick slices. Season with coarse salt to taste, and serve. 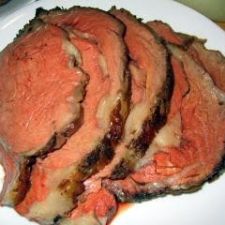