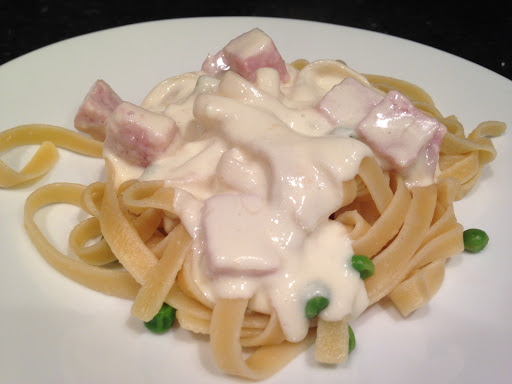 Ok, being the cooking rebel that I am, I used full fat cream cheese and half & half. I wouldn't eat it any other way! Sooo good! I didn't use sliced deli ham either, I cubed a half a ham and used about 2 cups of that. 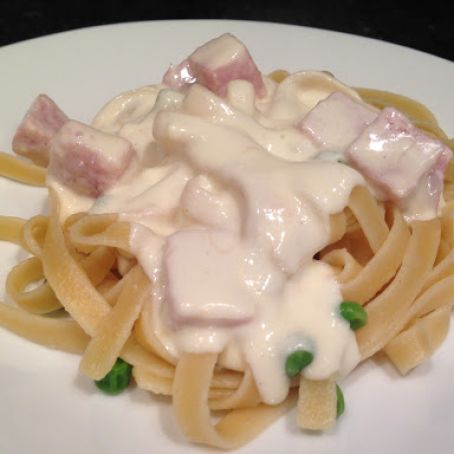 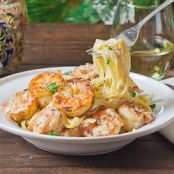 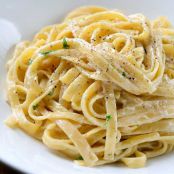 In a large pot, boil the fettuccine according to package directions. Add the peas during the last 3 minutes of cooking. Drain the pasta & peas in a colander and set aside.
While the pasta is boiling, in a 12" skillet, melt the butter over medium heat. Add the garlic and cook for 1 minute, stirring constantly. Stir in the cubed cream cheese, whisking until well combined and relatively smooth. Slowly whisk in the milk and continue stirring until the mixture is bubbly and hot. Remove from heat and stir in ham & Parmesan cheese Return the pasta and peas to their original pot and pour in the sauce. Toss to combine, sprinkle with black pepper if desired. Serve immediately. 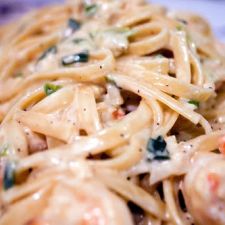