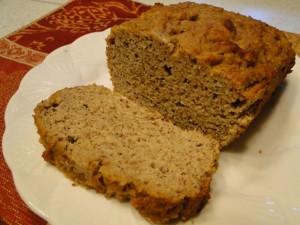 Much as I hate to admit it, using wheat flour does have its advantages–in baking, though not in health. There is no denying that wheat, due to the unique properties of the glutenin polymer in gluten, has extraordinary strength, pliability, and flexibility when molded into various shapes, and also achieves a lightness through the process of “rising” with the assistance of yeast. We lose all that when we eliminate wheat for health.

So we struggle to recreate two characteristics in our wheat-free baking:

1) How do we generate “rise”?
2) How do we create strength and flexibility?

Rise is generally created by mixing an acid and a base to create carbon dioxide, while strength is provided by polymers other than glutenin.

This bread demonstrates two variations from many of the other bread recipes featured here in this blog and in Wheat Belly:

1) The use of lemon juice as an acid to react with the alkaline sodium bicarbonate in baking soda to yield carbon dioxide, and
2) The use of guar gum to increase cohesiveness of the bread.

Both techniques are optional. You can make perfectly fine “bread” without the use of guar gum or lemon juice, but their use of improves the quality of your bread. 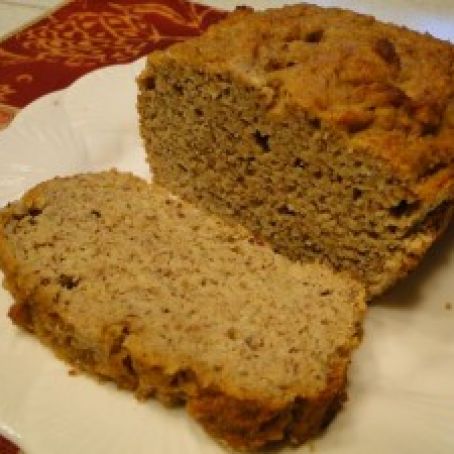 Preheat oven to 350° F. Grease bread pan.
In large bowl, combine almond meal, flaxseed, coconut flour, cinnamon, nutmeg, baking soda, guar gum, sweetener, chocolate chips and/or walnuts and mix together.
In medium mixing bowl, whip egg whites with cream of tartar until stiff. Blend in egg yolks, coconut milk, vanilla, and banana. Alternatively, combine coconut milk, vanilla, and banana in food processor or food chopper and pulse until blended and smooth, then add to egg white and egg yolks and whip until blended. Squeeze the juice of half a lemon into the egg mixture and blend together.
Pour the egg mixture into the almond meal mixture and mix together thoroughly.
Pour dough into bread pan and bake for 45 minutes or until toothpick withdraws dry. 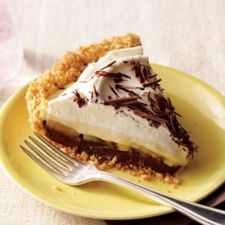