Instead of apple pie, Chef Shawn McClain ends his Thanksgivings with this stunning tarte Tatin. Because the recipe calls for store-bought puff pastry, it's quite easy to prepare. 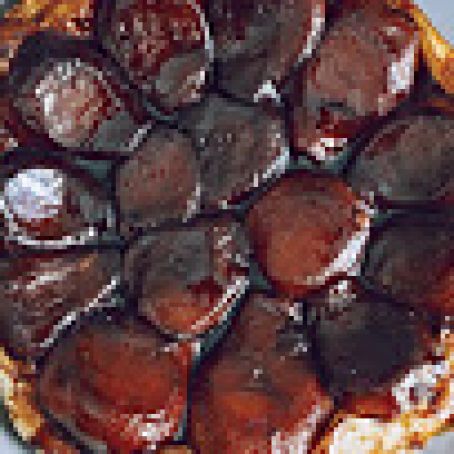 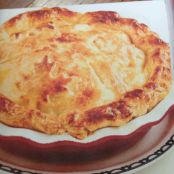 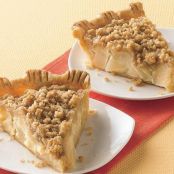 In a 12-inch skillet, combine the sugar and water. Cook over moderately high heat, swirling the pan occasionally, until a light-amber caramel forms, about 5 minutes. Remove from the heat. Add the red wine syrup along with the butter and liqueur and cook to dissolve the hardened caramel, about 1 minute. Add the pear halves to the skillet and cook over low heat, turning occasionally, until the pears are tender and the pan juices are syrupy, about 20 minutes. Arrange the pears cut side up in the skillet with the thin ends pointing toward the center. Let cool for 30 minutes.

Preheat the oven to 375°F. On a lightly floured work surface, roll out the pastry to a 13-inch square. Using the skillet lid as a template, cut out a 12-inch round. Cut four 2-inch-long steam vents in the pastry and lay it over the pears, tucking the edge into the skillet. Bake for about 1 hour and 10 minutes, until the pastry is deeply golden and risen. Let the tart cool in the skillet for 15 minutes, then very carefully invert the tart onto a large plate. Cut into wedges and serve with crème fraîche. 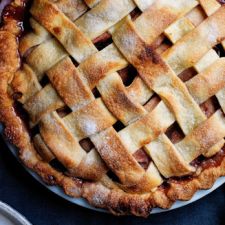