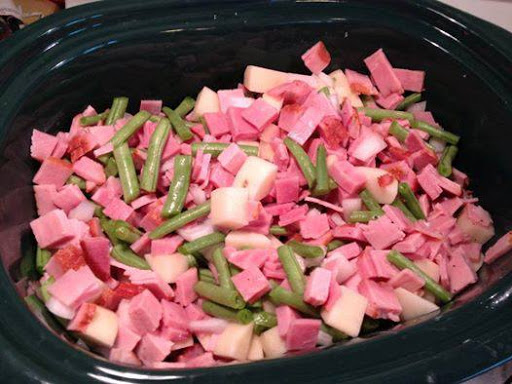 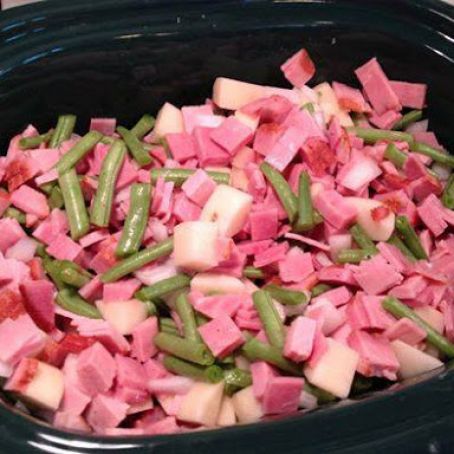 Dice the ham or slice up the polish sausage if you're using that, roughly chop the onion, cut the potatoes into cubes and cut the celery into small sliced pieces if you are using it. ** Note: I have also used a combination of 1 lb each of the ham and sausage in the dish also. Both meats compliment each other and gives the dish a different flavor. Put everything in the crockpot along with 3 cups of chicken stock OR 3 cups of water and season to taste with black pepper. Do not add the salt until after they have cooked. You need to taste them 1st and then season with salt if needed after they are fully cooked. Remember the ham has a lot of salt already in it, so be careful not to overseason with salt. Put on low for about six hours. After the dish has been fully cooked put several pats of unsalted butter on top, let it melt in, stir and serve. If you want the dish to have a layer of crunchiness, crumble the french fried onions and put them on top a few minutes before serving. They're awesome. So Easy !! Enjoy :) 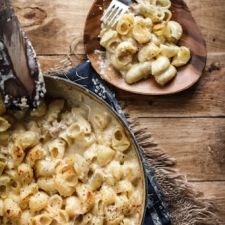