Fresh apple and a brown sugar-cinnamon mixture are layered through a homemade vanilla batter. 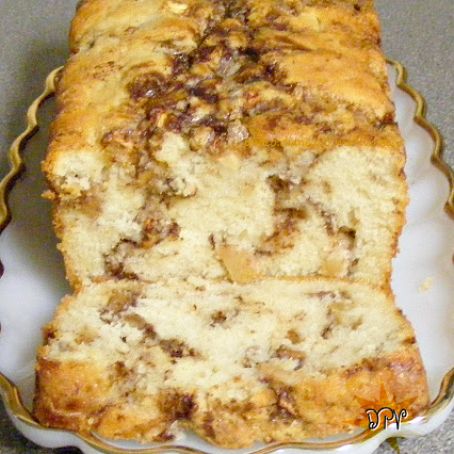 In a small bowl, stir together brown sugar and cinnamon and set aside.

In a mixing bowl and using an electric mixer, beat granulated sugar and butter together until creamy. Beat in eggs, one at a time, until incorporated. Add vanilla.

In another bowl, stir together flour, baking powder, and salt. Alternately, add the flour mixture and milk to the creamed mixture, starting and ending with flour mixture.

Pour half the batter into the loaf pan.Top with half the chopped apple and half the brown sugar mixture. lightly pat apple mixture into batter.

Pour remaining batter over apple layer; top with remaining chopped apple and remaining brown sugar mixture. Lightly pat apples into batter; gently swirl the brown sugar through apples (not into the batter) using the tip of a dinner knife. (Don't overdo the swirl)

Bake 45-55 minutes, or until center tests done with a toothpick.

Cool in pan on a wire cooling rack for 10 minutes; loosen edges with a thin knife then remove cake to the rack, top side up, to cool completely. 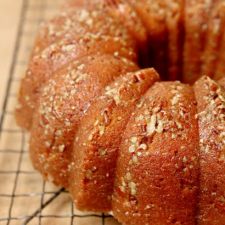