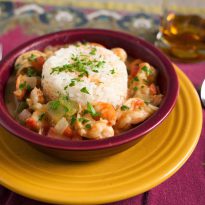 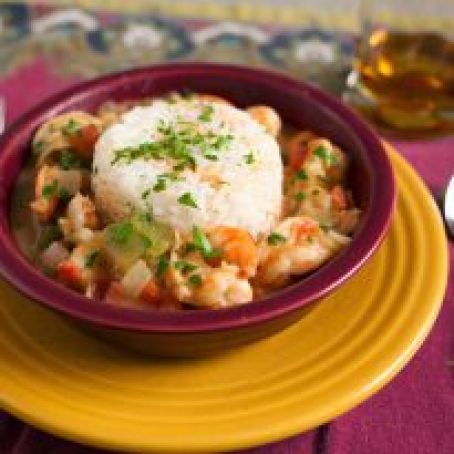 Sauté the aromatics: Add the onion, bell pepper, celery and garlic to the roux. Sprinkle with ½ teaspoon kosher salt and sauté until the aromatics soften, about five minutes.

Cook the shrimp: Open the lid (carefully - the pot is full of hot steam). Turn the heat to low and bring the etouffe broth to a simmer. Toss the shrimp with 1 tablespoon Cajun spice rub and ½ teaspoon kosher salt, then add the shrimp to the simmering broth. Simmer the shrimp until they are cooked through, about 5 minutes.

Season and serve the étouffée: Stir the parsley into the pot. Taste the broth, and add salt and pepper as needed. (If you use homemade stock, without any added salt, this will take more salt than you think. A tablespoon of Kosher salt usually works for me, but I start with a half tablespoon and keep adding and tasting.) To serve: put a scoop of white rice in a bowl, ladle the soup on top, then sprinkle with parsley. Pass the Tabasco sauce at the table for anyone who likes an extra kick with their dinner. 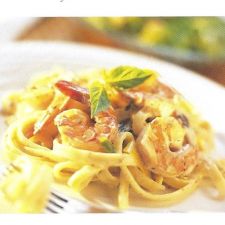