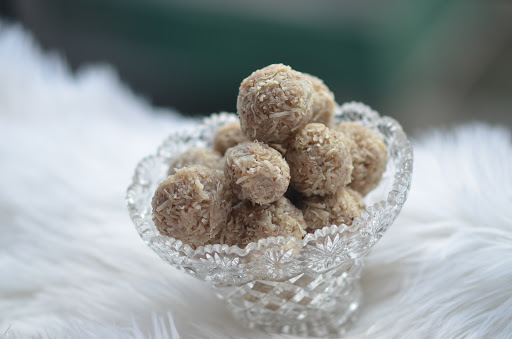 When you hear the word Winter, automatically snow comes to mind and thats where I got inspiration from to remake a classic Jamaican coconut dessert and put my own spin on it. If you're familiar with Jamaican Grater Cake, you'll know exactly how to make these, but one big difference is, these have to be refrigerated (that's where they solidify). This dessert is not only organic, but it's sweet and thats a win, win. Biting into one gives the same feeling as laying on a white sand beach on a Caribbean island, so I'd suggest you give this recipe a try. 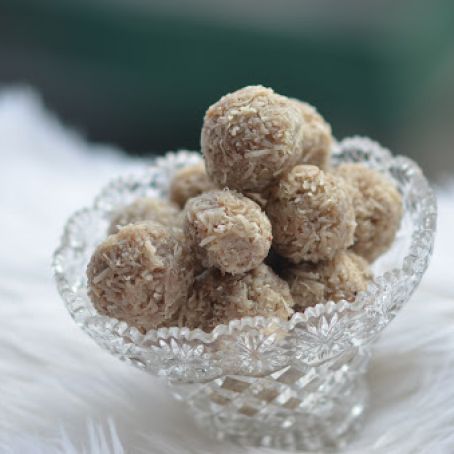 Add shredded coconut to the mixture when it comes to a boil.

Boil ingredients until the coconut is cooked and 99% of the water has evaporated, leaving the mixture sticky to hold together.

With a large spoon, remove the mixture from the pot and place it on greased baking sheet to cool for 10-15 mins.

When cool, use a small spoon to take up small/large portions ( depends on how big you want them) and roll them into a ball with your hands.

Place the balls a container ( without them touching) and refrigerate for at least 1hr.