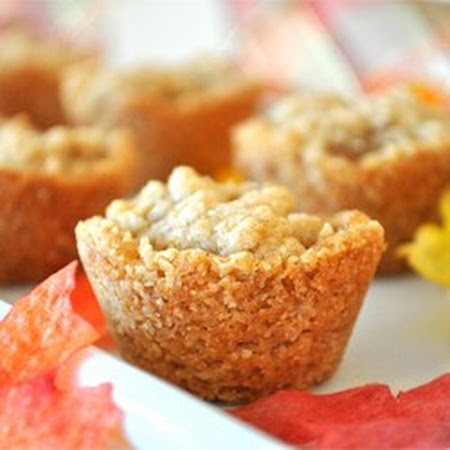 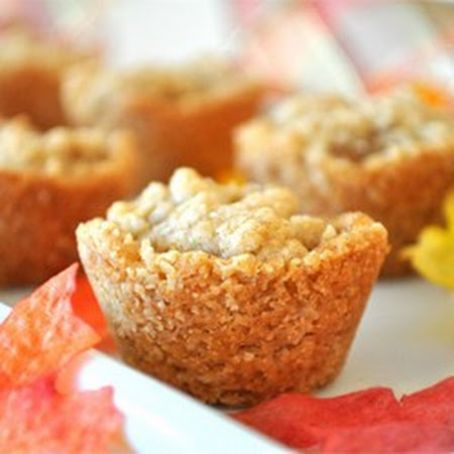 Apple Filling:
Mix apples, water, white sugar, and 1/2 teaspoon of cinnamon together in a saucepan, and bring to a simmer over medium-low heat, stirring occasionally.
Simmer until apples are partially cooked, about 5 minutes; remove from heat.

Oatmeal Crisp Crust:
Combine flour, oats, brown sugar, 1 teaspoon of cinnamon, and nutmeg in a large bowl; cut the butter into the flour mixture with a pastry cutter until the mixture looks like coarse crumbs.
Place a heaping tablespoon of the crust mixture into a mini muffin cup, and press it into the cup so that it covers the bottom and pushes up the sides of the cup.
Make the crust go all the way to the top of the little muffin cup, and patch any holes with more crust mixture.
There will be crust mixture left over.
Place about 2 teaspoons of apple filling in the crust.
Sprinkle about 1 teaspoon of the remaining crust mixture on the filling. Bake in the preheated oven until golden brown, 15 to 20 minutes.