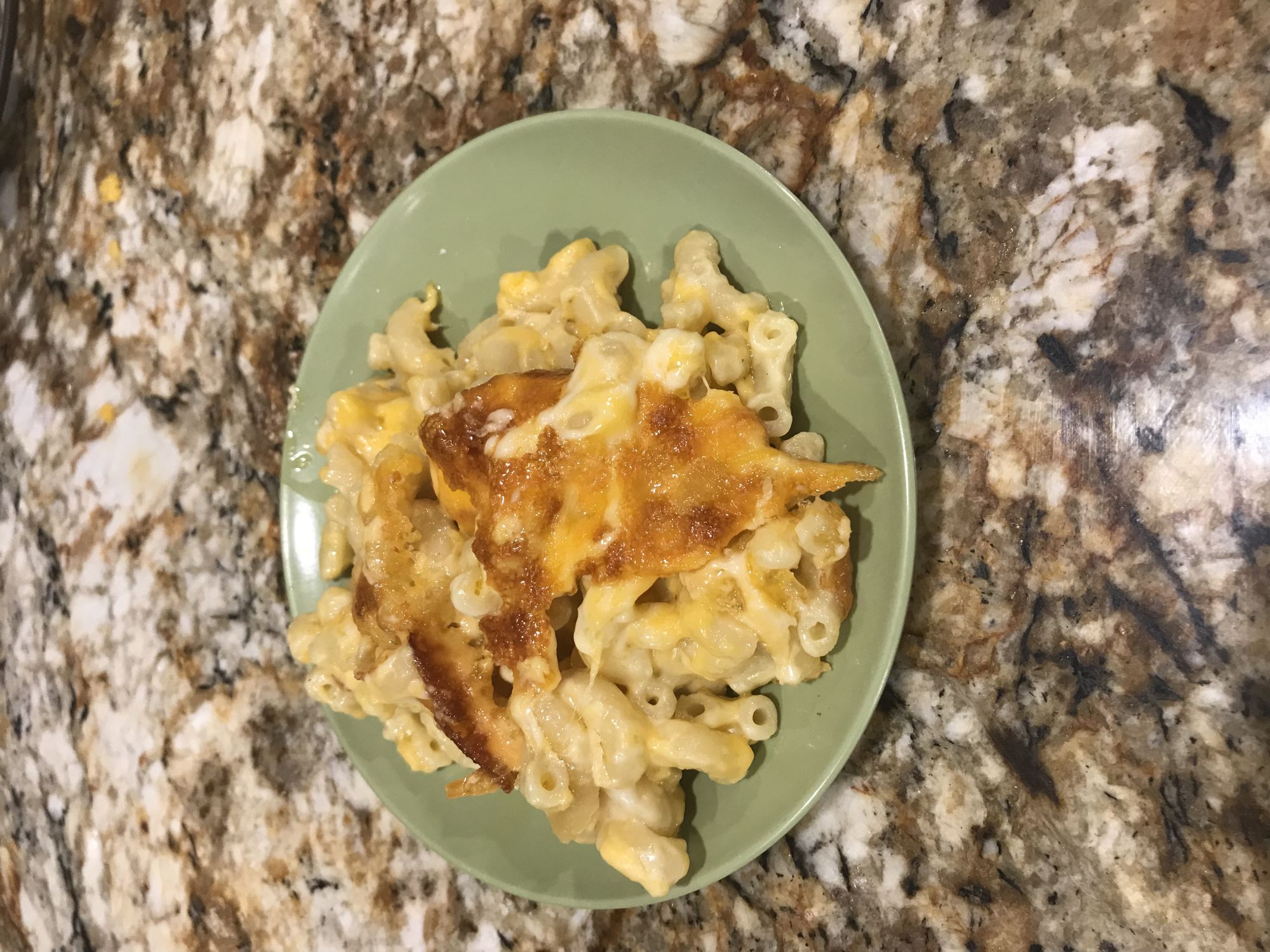 My oldest son Loves my smac'n cheese. Named it himself. Has loved it since he was a small child. Family loves it too, but was especially his go to food when asked what he would like me to make for dinner. 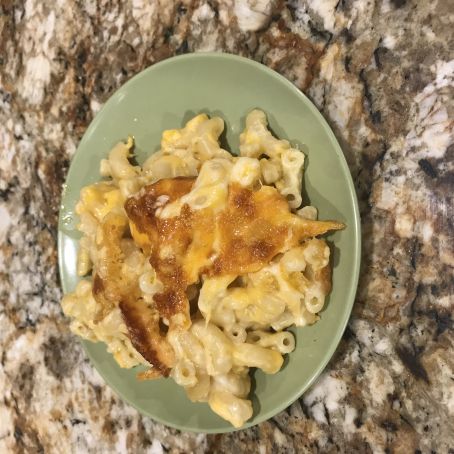 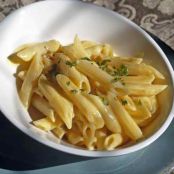 Bring a large pot of water to boiling. Cook noodles 8 minutes in boiling water, then drain.

Meanwhile, in medium size saucepan, cook bacon over medium heat until crisp, 6 minutes. Transfer to paper towels. Carefully pour off drippings, returning 2 tablespoons to pan. Add butter. Whisk in flour until smooth. In a thin stream, whisk in milk. Stir in onion flakes, salt and pepper. Bring to a boil over medium-high heat, then reduce heat and simmer 2 minutes.

In large bowl, toss together cheddar, Colby-Jack and mozzarella.

In pasta pot, combine cooked pasta and cheese sauces. Pour half into prepared dish. Sprinkle with a generous cup of the bacon-cheese mixture. Repeat layering.

Bake at for 20 minutes. Increase oven temperature to broil and broil for 3 minutes, until top is lightly browned. Cool slightly before serving.