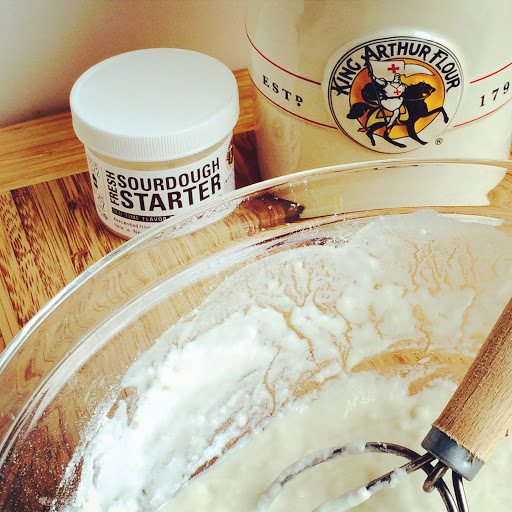 I buy my dour dough starter from King Arthur Flour, and have made all kinds of great recipes-- Sour dough Pizza Crust, Sour Dough Pretzels, Sour Dough Pancakes...and, of course, Sour Dough Baguettes. You can find these recipes on my food blog, along with step-by-step photos on how to make them. Here's why I like KAF Sour Dough Starter: Where else can you find FRESH sourdough starter – not dried? And what a history this has; it’s descended from a starter that’s been lovingly nurtured here in New England since the 1700s. When you feed it, it quickly becomes your own, adapting itself to your own region and climate. Generations of bakers before you have made wonderful bread with a bit of this same bubbling brew. Join the ranks of satisfied sourdough bakers. Link to see how to take care of the starter: http://www.kingarthurflour.com/tips/sourdough-starter.html 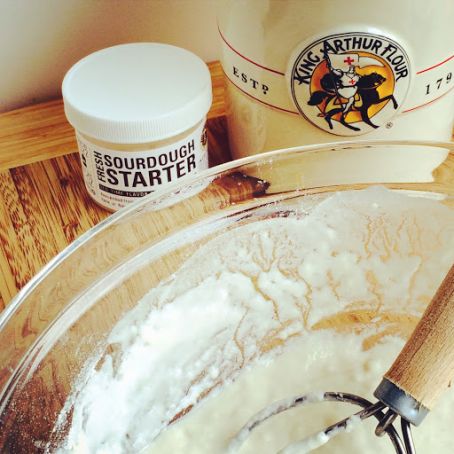 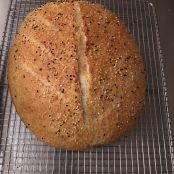 When the sourdough starter arrives, within 24 hours:

Add 1/4 cup lukewarm water to the starter in the container. Stir to dislodge the starter, and shake/stir to combine. Pour into a large glass or ceramic bowl.

Cover the bowl with plastic wrap, and let sit at room temperature (about 70°F) for 8 to 12 hours.

After 8 to 12 hours, the starter will be bubbly.

Stir the starter, and discard about half. Mix in 1/2 cup lukewarm water and 1 cup flour.

The starter will be fairly thick, like pancake batter.

Cover the bowl, and let sit at room temperature for another 2 to 4 hours, till bubbly.

Note: The next steps are a repeat of the above steps. Taking the time to “go the extra steps” will make your starter stronger and more vigorous.

Stir the starter, and divide it in half; discard half, or give to a friend.

Feed the remaining half with 1/2 cup lukewarm water and 1 cup flour.

Again, the batter will be thick. Lumps are OK; don't bother to stir them out.

Cover the starter, and let it rest at room temperature for another 2 to 4 hours.

The starter will be bubbly, though not as bubbly as it might have been after its earlier rises.

Up to 12 hours before beginning a recipe, stir the starter and discard 1 cup. Or give 1 cup to a friend, or use 1 cup to make waffles. However you do it, you want to get rid of 1 cup of starter.

Let it sit at room temperature, covered, for 4 to 12 hours, till bubbly. It's now "fed" and ready to use in a recipe.

Once you've removed however much starter your recipe calls for (usually 1 cup), feed the remainder with 1/2 cup lukewarm water and 1 cup flour. Let this remaining starter sit, covered, at room temperature for 2 to 4 hours, until bubbly.

Stir down, return to its container, and refrigerate.

To keep sourdough in the refrigerator (If you're not planning on using your sourdough starter for over a week, take it out and feed it once a week, if you remember. But starter that hasn't been fed for a month or more will still probably be just fine, if you follow these steps:
Your sourdough may have a substantial layer of green/gray/brown liquid on top. That's OK; it's simply alcohol from the fermenting yeast. However, if the liquid on top is pinkish; or if the sourdough smells "off" or bad (not simply tangy, or like alcohol), then your starter has attracted the wrong bacteria, and should be discarded.

Stir the liquid on top into the starter below.

Stir till smooth, then cover and refrigerate it; no need to wait for it to become bubbly. 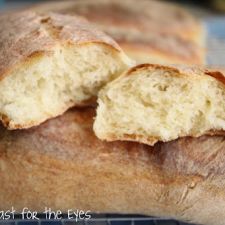