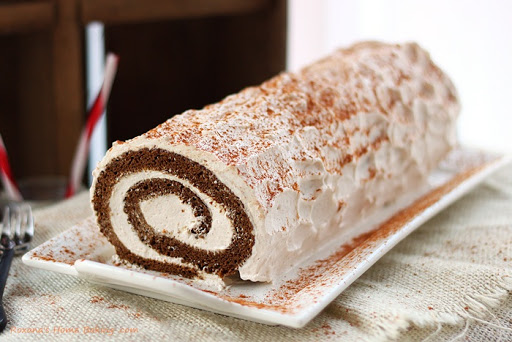 Gingerbread meets buche de noel in this delicious roll cake with cinnamon whipped cream frosting. This cake is perfect for the holidays, with strong flavors of ginger and cinnamon complemented by the sweet creamy filling. 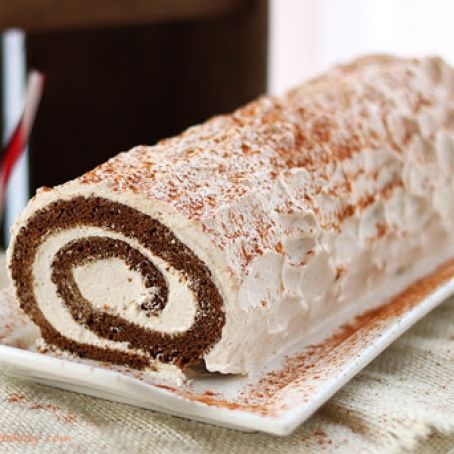 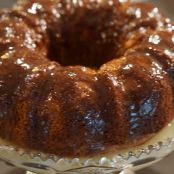 Line a 15x10-inch jelly roll pan with parchment paper. Grease and flour the pan (and the paper) and set aside.

In a mixing bowl beat the egg yolks on high speed until thickened, about 3 minutes. Add the molasses, honey and melted butter and mix well.

Sift the flour, baking soda, salt and spices above the egg mixture, slowly folding in making sure you don't lose all the air that was incorporated with the egg whites.

Spread the batter into the prepared pan and bake for about 11 minutes or until top springs back with touched.

Cool in the pan for about 3 minutes.

In the meantime heavily sprinkle powder sugar on a damp tea towel.

Carefully turn the pan allowing the cake to rest now on the prepared tea towel. Remove the pan and gently peel the parchment paper.

Roll up the cake, starting with the short side. I actually find it easier to roll it with the towel as well, although some advise to peel the towel as you roll. Either way it's fine.

In the meantime make the filling.

Unmold the cake, gently peeling the towel and spread 2/3 of the filling over the cake. Roll it again (this time without the towel). Spread the remaining filling on top of the cake.

Let sit for a couple of hours before serving. 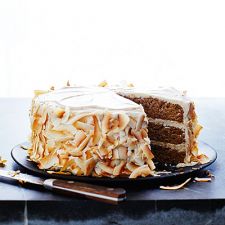