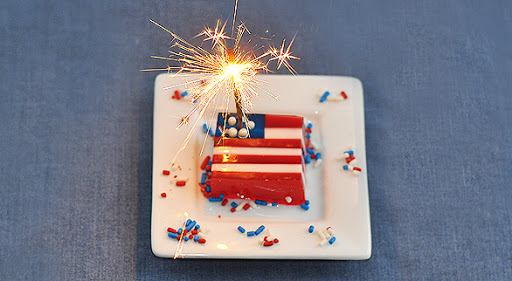 Get the fireworks popping with these Flag Jelly Shots! The directions look long, but they are really easy to make ahead. 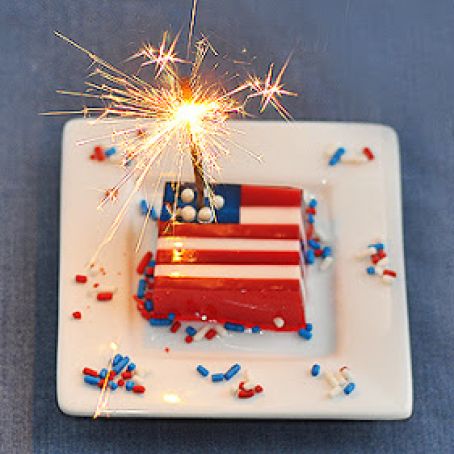 Prepare a 9x13-inch glass baking pan by spraying lightly with cooking spray. With a paper towel, wipe spray until only a very light layer remains. This will help the gelatin release later.

Make the blue gelatin: Mix 3 packages of blue gelatin with 1 packet of unflavored gelatin. Add 1-3/4 cup boiling water and stir until gelatin is completely dissolved. Add 1-1/4 cup vodka and stir well. Pour into prepared pan and set in refrigerator about 40 minutes, until gelatin is set to the touch.

When the blue gelatin is set to touch, cut 1 inch strips horizontally (short length) with a hot knife. Dip the knife in hot water after each cut to make nice straight cuts in the gelatin. Remove every other strip of gelatin, and discard (or save to snack on!). Place the pan with the strips of blue gelatin back in the refrigerator.

Make the red gelatin: Mix 4 packages of red gelatin with 1 package of unflavored gelatin. Add 2-1/2 cups of boiling water and stir until gelatin is completely dissolved. Add 1-3/4 cups of vodka and stir well. Set aside. Place the bowl in a shallow pan with warm water to keep it from setting until you are ready.

Make the white gelatin: Add 2 packets of unflavored gelatin to 1 cup of vodka. Let sit 2 minutes. Add 1/2 cup of boiling water and stir to completely dissolve the gelatin. In another bowl, mix 1/2 cup boiling water with the can of sweetened condensed milk. Add milk mixture to the gelatin mixture and store to combine well. Set aside. Like above, place the bowl in a shallow pan with warm water to keep it from setting until you are ready.

When the red gelatin is lightly set, add 3 tablespoons of white gelatin on top of each of the red areas to fill up to the same level as the blue gelatin. The pan of gelatin should all be the same level now. Return to refrigerator until set, about 15 minutes.

Chill the full pan in the refrigerator for at least 3 hours or overnight to set completely.

Look on the side of the pan to see where the blue gelatin is and cut into small flags. Put the small flags on a serving plate or small plates and decorate with silver sprinkles, sparklers or red, white and blue jimmies. 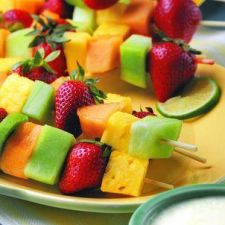