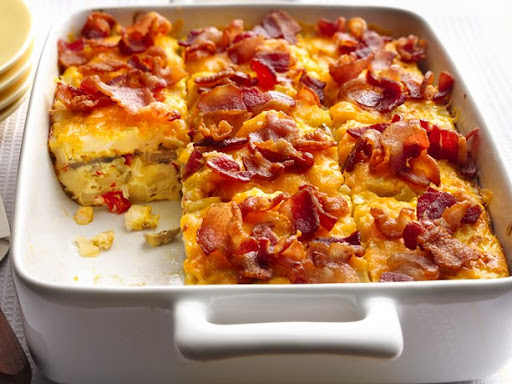 I LOVE this Bacon and Hash Brown Egg Bake recipe! Just prep the night before and pop it in the oven the next morning and bake for 50 - 60 minutes. Let stand for 5 minutes and serve it up. Bon Appetit! 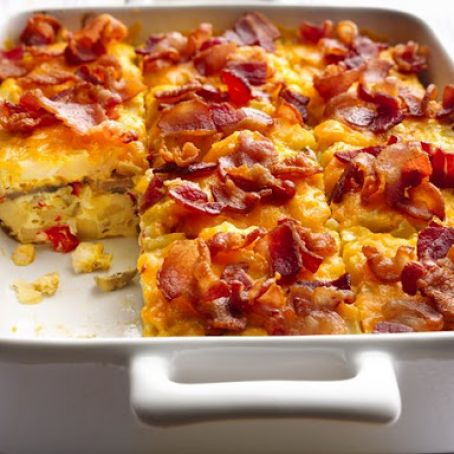 Heat oven to 325°F. Uncover; bake 50 to 60 minutes or until thermometer inserted in center reads 160°F. Sprinkle with remaining 1 cup cheese and the bacon. Bake 3 to 5 minutes longer or until knife inserted in center comes out clean, top is puffed and cheese is melted. Let stand 5 minutes. 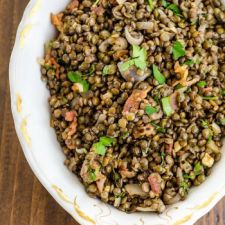