Slice the ciabatta open so that you have two halves. Spread the mascarpone on one half and Nutella on the other. Layer the banana slices on top of the Nutella and then put both sides together. Grill in a panini press or a cast iron skillet for 5-7 minutes or until golden brown and mascarpone is warm and melty. 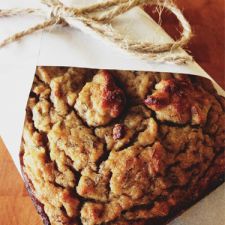