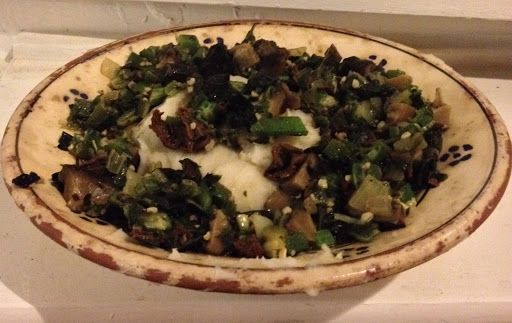 A vegan twist on a Nigerian classic. Dried mushrooms replace the beef, and dried seaweed replaces the dried fish. 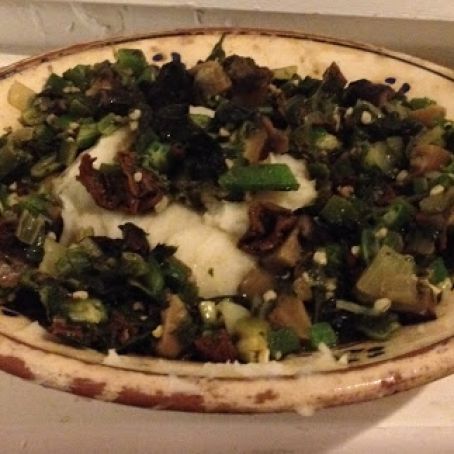 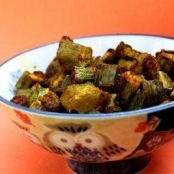 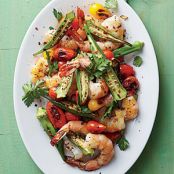 Strain the (original) soaking liquid through a coffee filter or paper towel set in a sieve. Set aside the mushroom liquid for use.
3. Add the mushrooms and some of the strained broth to a large pot and saute a little bit. Add a little broth whenever necessary. After cooking for 10 - 15 minutes, add the spinach.
4. Finely dice the onion and the okra. Heat the oil in a skillet. Stir fry the onion and okra for about 5 minutes.
5. Add the okra to the stew. Also add salt and pepper to taste. And any broth if needed.
6. Cover and simmer for at least 30 minutes.
7. Cut the seaweed into strips. Add to the pot and cook for 5 minutes.

Cassava fufu:
1. Watch http://www.youtube.com/watch?v=_OcV_0C8G-g&list=PLDA8883787B19FEB1#t=252
2. Slice of ends of the yuca, reserve for another recipe.
3. Slice the yuca into 3/4 in. (2 cm.) thick disks. Peel. Dice into 3/4 in. (2 cm.) cubes.
4. Place cubes into a large pot with water and a touch of salt and boil until a knife can be easily inserted into a couple of cubes. Reserve the cooking water.
5. Place the cubes into a large mortar and pestle. Grind until all lumps are done.
6. Add some water and mix well. Repeat this until a fingerprint remains in the mixture.
7. Take a serving size of the mixture and put in on the serving plate. Wet your hand. Fold and knead until a very thick consistency. 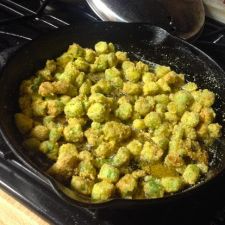