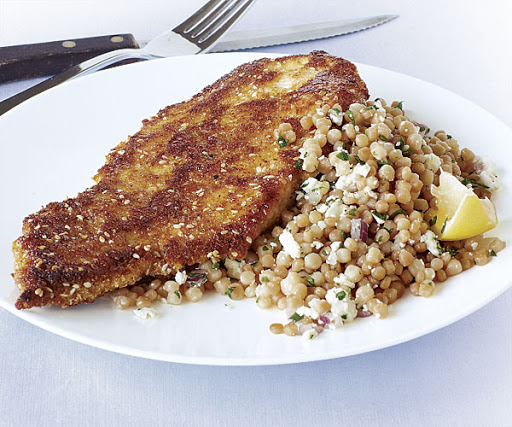 Crisp pan-fried turkey cutlets offer a nice change of pace from chicken. Their richness is balanced by the tangy feta and bright parsley in the couscous. Look for the larger Israeli-style couscous next to regular couscous at the supermarket, or substitute the same amount of orzo. 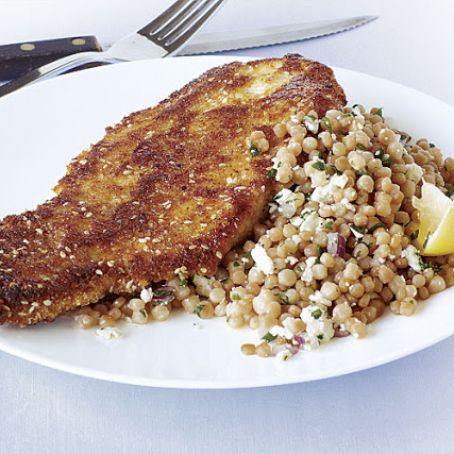 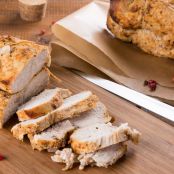 In a 3-quart saucepan, heat 2 Tbs. of the oil over medium-high heat. Add the couscous and cook, stirring constantly, until deep golden, 5 to 7 minutes. Add the chicken broth, bring to a boil, lower the heat to a simmer, cover, and cook until the couscous is tender and the liquid is absorbed, 7 to 10 minutes. Remove from the heat and keep covered.

Heat 3 Tbs. of the oil in a 12-inch nonstick skillet over medium-high heat until shimmering hot. Add two of the cutlets and cook, flipping once with tongs, until golden and crisp, about 3 minutes total. Transfer the cutlets to a paper-towellined plate. Heat the remaining 3 Tbs. oil in the skillet until shimmering hot and cook the remaining cutlets in the same manner.