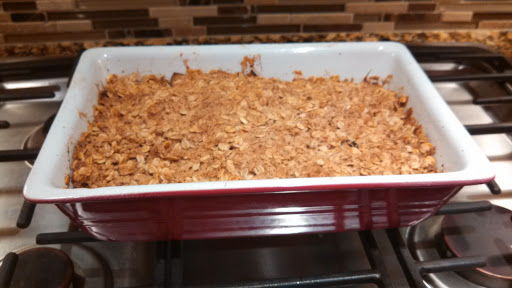 Double the crisp topping recipe and save some of the topping in the refrigerator for later. This cinnamon-scented crisp is best served still warm from the oven, topped with a scoop of vanilla, cinnamon, or caramel ice cream. 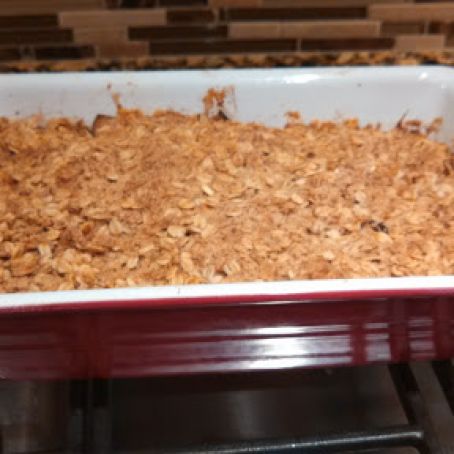 STEP 1
Preheat oven to 375 degrees. In a large bowl, mix together flour, brown sugar, salt, and 2 tablespoons granulated sugar. Cut butter into flour, using a pastry blender or two knives, until mixture is the texture of coarse meal. Add oats, and use your hands to toss and squeeze mixture until large, moist clumps form. Transfer to freezer to chill while you prepare apples.
STEP 2
In another large bowl, toss apples and cranberries with lemon juice, cinnamon, nutmeg and remaining 1/2 cup granulated sugar. Transfer to a shallow 2-quart baking dish, and sprinkle with topping mixture. Place baking dish on a rimmed baking sheet, and bake until golden and bubbling, 55 to 65 minutes. Let cool 10 minutes before serving. 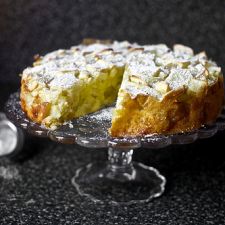