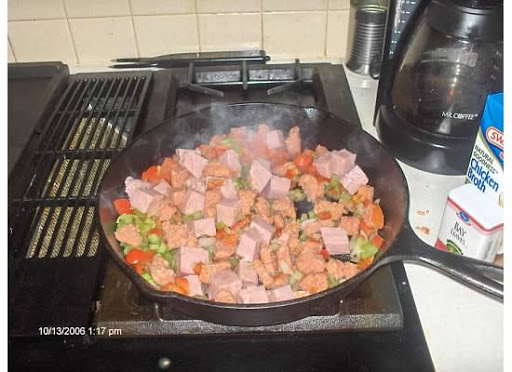 Another signature dish of Louisiana, jambalaya is usually rich and meaty.

NOTES : I usually add Andouille sausage to the recipe instead of ham and a pound of shrimp.

In New Orleans and along the coastal bayous, the seasoned rice contain shrimp and tomatoes. On the prairies of Cajun country, its more likely to contain chicken and sausage. This nontraditional recipe features eggplant instead and could easily be made vegetarian if you leave out the ham. Similar to paella, jambalaya exhibits a Spanish influence, but it also has strong roots in Africa, where a spicy meat and vegetable saute' is known as a jambe, and ya means rice.

Recipe By :Williams-Sonoma New Orleans Authentic Recipes Celebrating The Foods Of The World 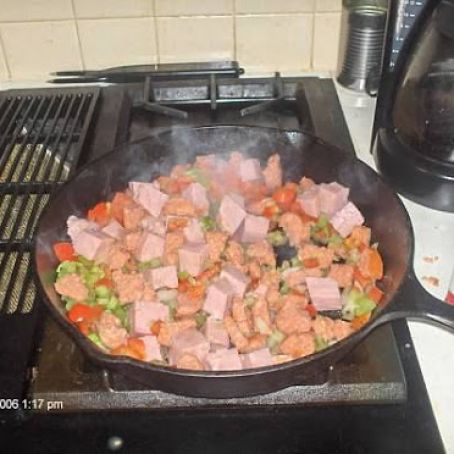 In a deep nonreactive saute' pan with a tight-fitting lid, warm the oil over medium heat. Add the yellow onion, bell pepper, celery, and the ham, if using, and saute stirring frequently, until the vegetables are very tender and lightly browned, 10-15 minutes.

Add the garlic, bay leaves, oregano, thyme, and cayenne and cook stirring,, just until the garlic releases its fragrance, about 2 minutes. Add 1/2 cup of the green onions, the eggplant, tomatoes, stock and rice. Stir well and season with salt and black pepper. Raise the heat to medium-high, bring to a boil, and then immediately reduce the heat to low. Stir well, scraping the pan bottom to be sure nothing sticks. Cover tightly and cook, without stirring, for 20 minutes. Uncover and check to see if the liquid is absorbed and the rice is tender. If not, re-cover and cook for a few minutes longer.

Remove the pan from the heat and set aside to let stand, still covered, for 5 minutes. Discard the bay leaves and stir lightly with a fork to fluff before serving. Garnish with the remaining green onions. 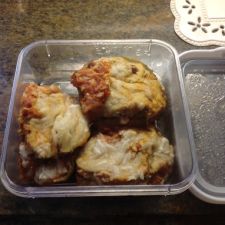