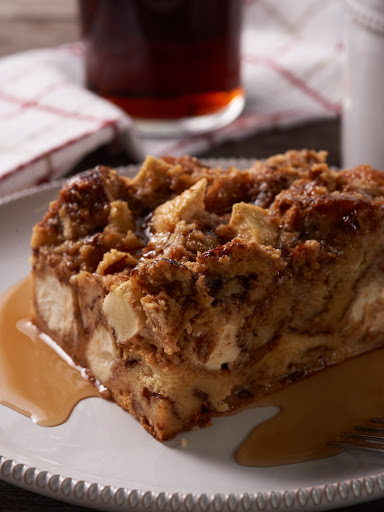 I don't care if you make this for breakfast or dessert…just promise me you'll make it. It's warm, dense, decadent, and the very definition of comfort.
For the iPhone/iPad only:

Tip: While tempting, don't drizzle maple syrup over the entire bread pudding because it will make the bread soggy. If you're not a big fan of sweets, you may prefer to omit the syrup entirely. 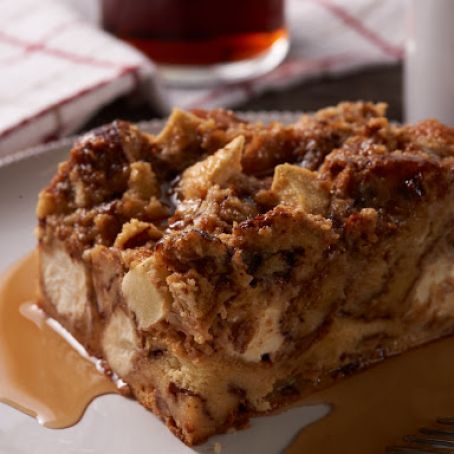 Whisk together the half-and-half, eggs, sugar, vanilla, cinnamon, and salt in a large bowl until the mixture is smooth and well incorporated. Add the cinnamon rolls, apples, and cream cheese and gently toss until the custard completely coats all of the cinnamon-roll pieces and all of the liquid is absorbed. Pour the mixture into the prepared pan.

Bake until the custard is set and the top is lightly browned, about 60–70 minutes. Cut into portions and drizzle maple syrup on top of each serving. 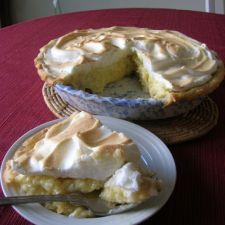