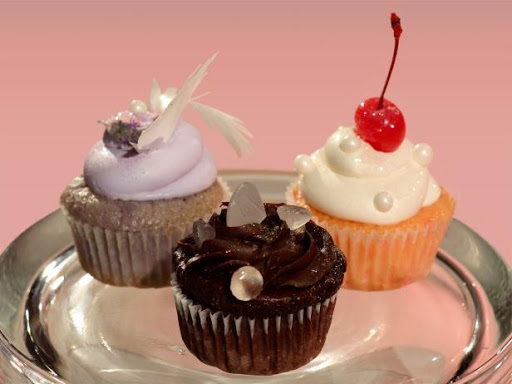 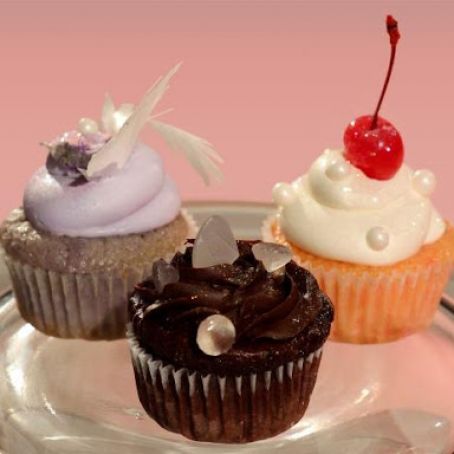 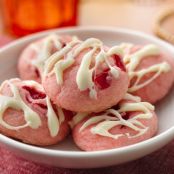 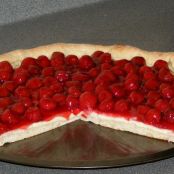 Preheat the oven to 300 degrees F. Prepare a cupcake pan with 24 cupcake liners.

Combine the cake flour, pudding mix, baking powder, baking soda, and salt in 1 medium bowl. Crack the eggs into a second bowl and add the vanilla extract. Measure the milk and half-and-half into a third bowl. In a 5-quart mixer with a paddle attachment, cream the butter until fluffy. Stop the mixer and scrape down the sides using a spatula. Turn the mixer on first speed, add the sugar, and mix until fluffy. Add eggs 1 at a time. Scrape down the bowl. Add sour cream and mayonnaise and incorporate completely. Scrape down the bowl. Add the dry ingredients, alternating with wet. You will start and end with the dry ingredients. Mix the batter until smooth and no lumps are present.

De-stem the maraschino cherries and squeeze out the excess liquid. Using a food processor, mince the cherries using the pulse button. Do not over process. Add the minced cherries, cherry juice, and white chocolate chips to the batter. Incorporate the ingredients completely using a spatula. Fill the cupcake liners using a 2-ounce scoop. Bake until golden brown and light and fluffy, 17 minutes. Let the cupcakes cool completely before decorating.

To assemble: Place a round tip # 809 into a large piping bag. Fill the piping bag with Casey's Buttercream and generously pipe onto each cupcake. Garnish each cupcake with 1 maraschino cherry and 5 large pearls. Finish by sprinkling edible glitter over the tops of the cupcakes.

In a 5-quart mixer with the paddle attachment, cream the butter and shortening together. On first speed, add the sifted powdered sugar to the bowl in 3 parts. Let each part incorporate into the butter mixture before adding the next. After adding all the sugar, put the mixer on the fourth (highest) speed and mix for 8 to 10 minutes. The buttercream will begin to gain volume and look white and fluffy. Once you bring the buttercream to full volume, add the extracts and vodka and incorporate completely. 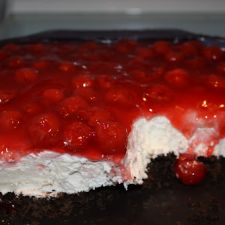