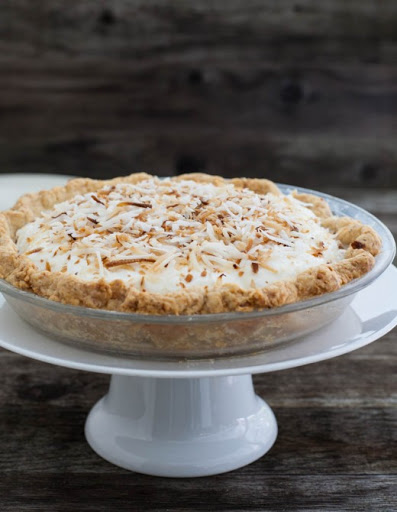 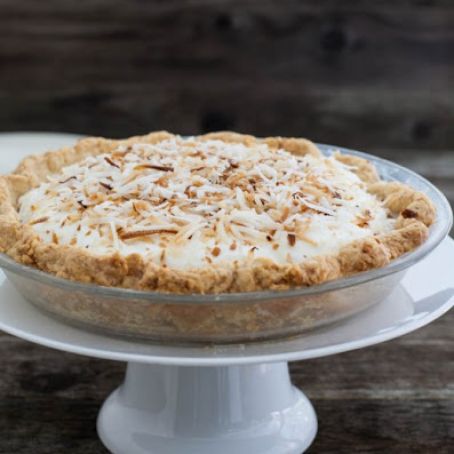 Heat oven to 400°. In a large bowl, combine flour, almonds, sugar, salt and butter. Using a pastry knife, cut butter into flour until the mixture is pebbly. Add water, as needed and mix until dough is like a like dry clay. Form dough into a disk and wrap in plastic wrap. Refrigerate for a minimum of 20 minutes.

Flour work surface and top of pie dough. Roll out pie dough into am 12 inch circle, about 1/8 inch thick. Flour top of pie crust again and loosely roll it onto rolling pin. Unroll crust into a 9 inch pie plate. Crimp edges of pie crust with your fingers or a fork. Prick the bottom of the crust with a fork. Refrigerate 20 minutes.

Place a large circle of parchment paper in the center of the chilled crust, and fill with a pound of dried beans or pie weights. Bake for 15 minutes. Remove from the oven and remove beans and parchment. Bake for an additional 10 minutes, or until pie crust is golden brown.

Take chilled cans of coconut milk and turn upside down. Remove can lid and pour out coconut milk in a medium saucepan. In another bowl, spoon out the cream and reserve for latter. Refrigerate coconut cream until ready to use.

Add an additional can of coconut milk to the saucepan. Add fresh grated coconut and bring to a simmer. Simmer for 15 – 20 minutes, or until coconut has softened.

In a large bowl, add sugar, eggs and cornstarch. Mix well. Add coconut milk mixture a little at a time to this bowl, mixing well in between each addition as to temper the eggs. After all coconut milk has been added, pour mixture back into saucepan and bring to a boil over medium heat.

After mixture is bubbly and thick, remove from heat and add vanilla extract, coconut extract and butter. Mix well and pour into baked pie crust. Refrigerate for for 2 – 3 hours, or until set.

For the toasted coconut garnish:

Spread the shredded coconut on an unlined baking sheet.

Bake for 12 – 18 minutes, stirring a few times while it’s cooking, so it toasts evenly.

Sprinkle toasted coconut onto pie. Refrigerate until ready to serve. 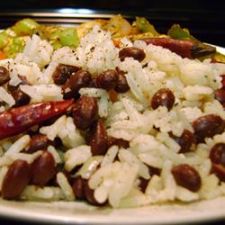