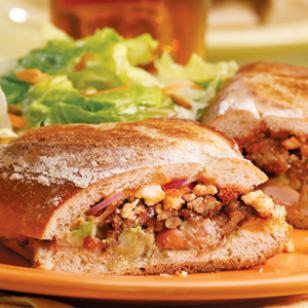 A torta is the Mexican version of a panini—a pressed sandwich made with crusty bread that can have an endless array of fillings. For this one, we make our own chorizo-inspired filling by spicing up ground pork or turkey. Use a panini maker if you have one (and skip Step 4) or use our technique for making pressed sandwiches without any special equipment. Serve with a mixed green salad. 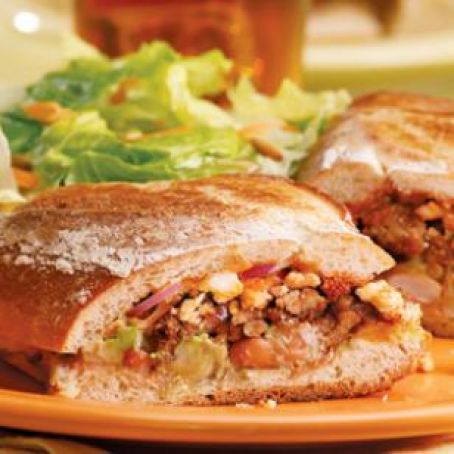 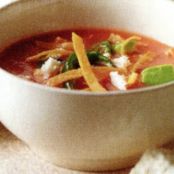 Mash beans and avocado together in a medium bowl; set aside.
Heat 1 tablespoon oil in a large nonstick skillet over medium heat. Add pork (or turkey); cook, stirring and breaking up with a wooden spoon, until cooked through, about 4 minutes. Transfer to a bowl. Stir in vinegar, chile powder, cinnamon, cloves and salt; set aside. Wash and dry the pan.
Cut baguette into 4 equal lengths and split each horizontally. Pull out most of the soft bread from the center, leaving mostly crust. Divide the bean mixture, meat mixture, cheese and onion among the sandwiches, patting everything down gently to keep it in the bread.
Heat 1 teaspoon oil in the pan over medium heat. Add 2 sandwiches and place a medium skillet on top of them. Place 4 cans (such as canned beans) or other weights in the medium skillet to press the sandwiches. Cook until golden on one side, about 2 minutes. Reduce the heat to medium-low, turn the sandwiches over, replace the top skillet and cans, and cook until the second side is golden, 1 to 3 minutes more. Keeping the heat on medium-low, repeat with the remaining 1 teaspoon oil and the remaining sandwiches. (Alternatively, cook the sandwiches in a panini maker.)

Make Ahead Tip: Prepare “chorizo” (Step 2), cover and refrigerate for up to 3 days.

Note: Queso fresco, also known as queso blanco, is a soft, slightly salty fresh Mexican cheese. You can find it in Latin markets and many supermarkets. 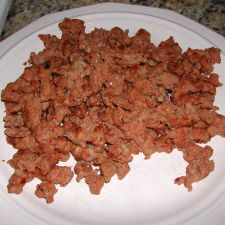