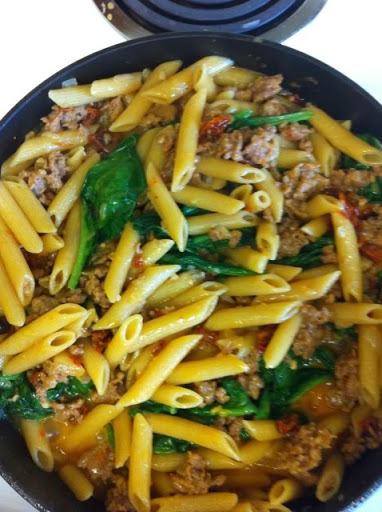 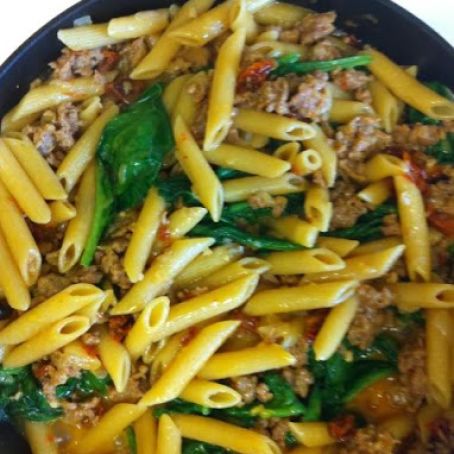 1. Heat the oil in a large non stick skillet over medium heat until shimmering. Add the onion and 1/2 teaspoon salt and cook until softened, about 5 minutes.

2. Stir in the sausage and cook, breaking up the meat with a wooden spoon, until no longer pink, about 4 minutes

3. Stir in the garlic and cook until fragrant, about 15 seconds. Sprinkle the tomatoes and penne over the sausage.Pour the broth and milk over the pasta. stir lightly to mix Cover and bring to a simmer. Reduce the heat to medium-low and continue to simmer, stirring occasionally, until the pasta is tender, about 10 minutes.
Most of the liquid should have been absorbed by the pasta. 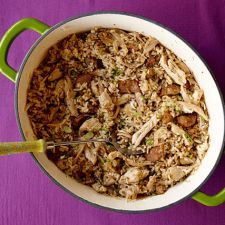