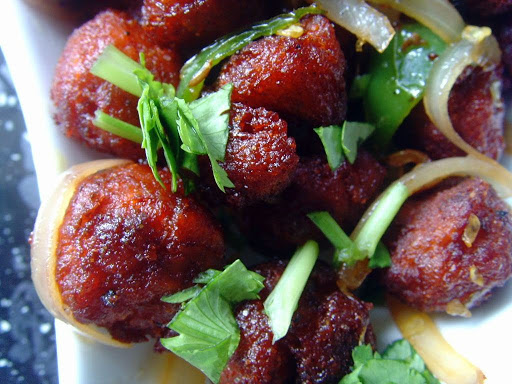 This Soya Chilly Tikka versatile dish can be served as a starter, it can be had as a snack, as a side dish, or a meal accompaniment. You will enjoy this Soya delight anytime! 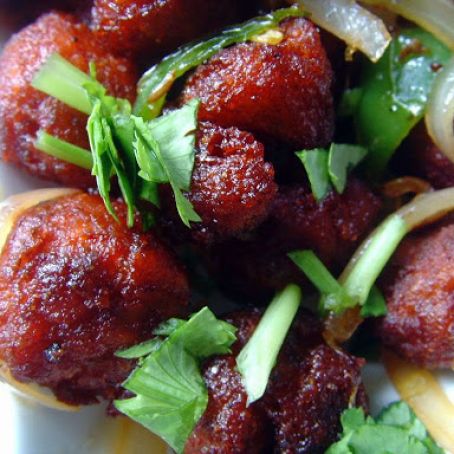 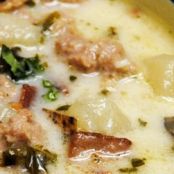 Boil soya chunks for about 5 minutes in a pot os salted water.

The soya chunks must get completely coated. Allow to marinate for about half an hour to one hour. You can even marinate it overnight in the refrigerator and make it for the afternoon lunch. The longer it marinates the tastier it gets.

After marinating, in a wok take some oil and deep fry the soya chunks. It should be a nice reddish-golden color.

Remove and set on Kitchen towel to drain excess oil. Once all the soya chunks are deep fried.

Next, chop the onions and capsicum into thin long strips.

In a non-stick pan, take about 1 teaspoon of oil, add the onions and sauté until transparent, then add the capsicums (bell pepper) until they are done. In the end, add the soya chunks and mix well.

Serve on a platter as shown garnished with freshly chopped coriander leaves and a wedge of lemon. You can squeeze some lime and relish these delicious soya chilly tikka. 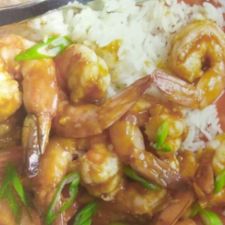