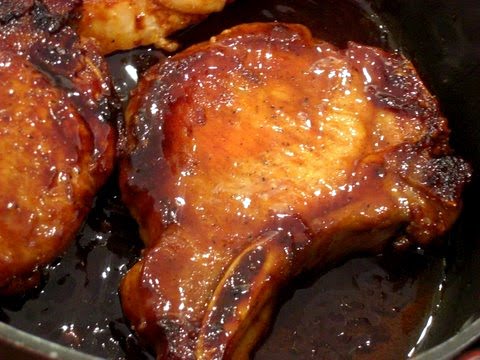 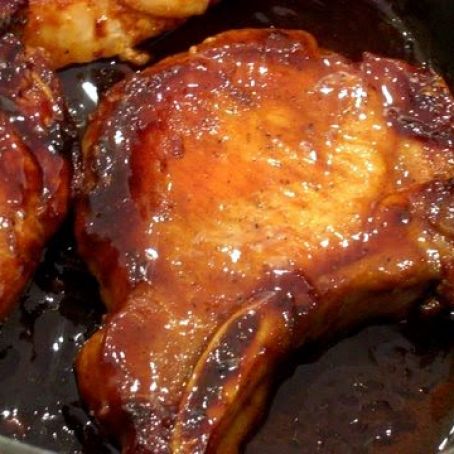 Pat chops dry with paper towels and rub all over with remaining spice mixture. Heat oil in large nonstick skillet over medium-high heat until just smoking. Cook chops until well-browned, about 4 minutes per side.

To prevent the chops from curling as they cook, cut two slits about 2 inches apart through the side of each chop. 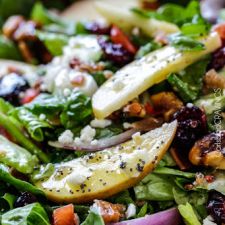