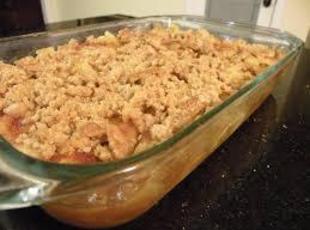 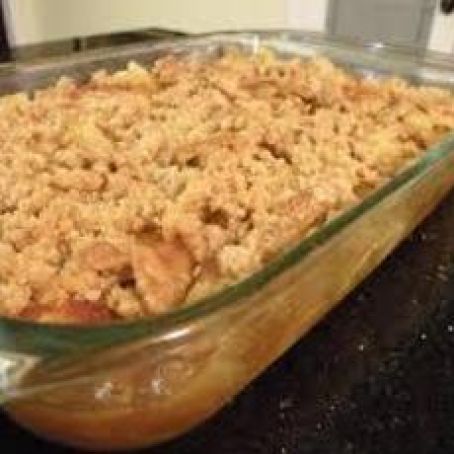 Filling:
In a small mixing bowl, Mix Cinnamon and Sugar together. In an 8x8 or 9x9 inch baking pan, add a single layer of the sugar and cinnamon mixture, do not grease pan.

Once apple slices are at the top of the pan, cover with final layer of cinnamon/sugar mixture.
Mix vanilla extract and apple cider/juice in a measuring cup. Pour over apple slices.

Place Cold stick of butter with wrapper on bottom portion. Begin grating butter with a flat grater over bowl. Keep sliding wrapper down to grade butter into flour/sugar mixture until the grated stick of butter is all in mixture. Use a pastry cutter and blend ingredients together until crumbly.
Cover the apples with the topping, sprinkling all over.

Bake in preheated 400 degree F. oven 25 minutes or until golden brown and bubbly, check and don't burn. Cool & Serve. Add a scoop of vanilla ice cream if you wish. 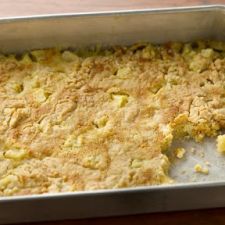