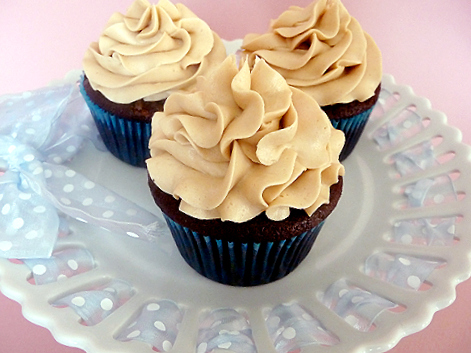 Skip the chocolate and vanilla stand-by combo and go jazz your cupcakes up with java! These delicious caffeinated treats are sure to be a hit. 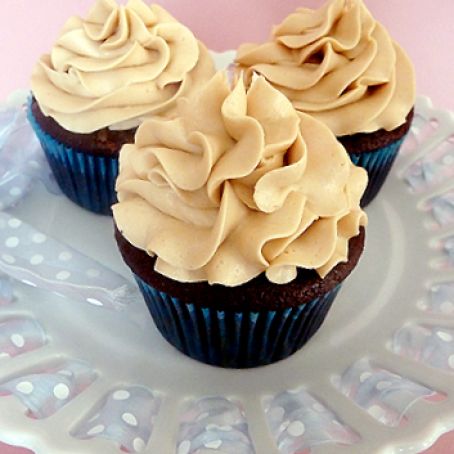 Mix the espresso powder into the brewed coffee until dissolved; set aside to cool to room temperature.

Preheat the oven to 350°F. Line a standard-size muffin tin with paper liners.

Divide the batter evenly between the 12 liners. Baking for 17 to 20 minutes or until a toothpick inserted in the center of a cupcake comes out clean. Cool completely before frosting cupcakes.

Mix the espresso powder into the vanilla until dissolved; set aside.

Using the whisk attachment of a stand mixer, whip the butter on medium-high speed for 5 minutes, stopping once to scrape the sides of the bowl. Reduce the mixer speed to low and add the powdered sugar a little at a time, waiting until it is mostly incorporated before adding more.

Once all of the powdered sugar has been added, scrape the sides of the bowl and increase the speed to medium-high and whip until fluffy, about a minute or two. Add the espresso and vanilla mixture and continue to mix at medium-high until it is completely incorporated, scraping the sides as necessary. 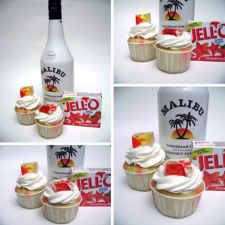